We love a good needle drop. 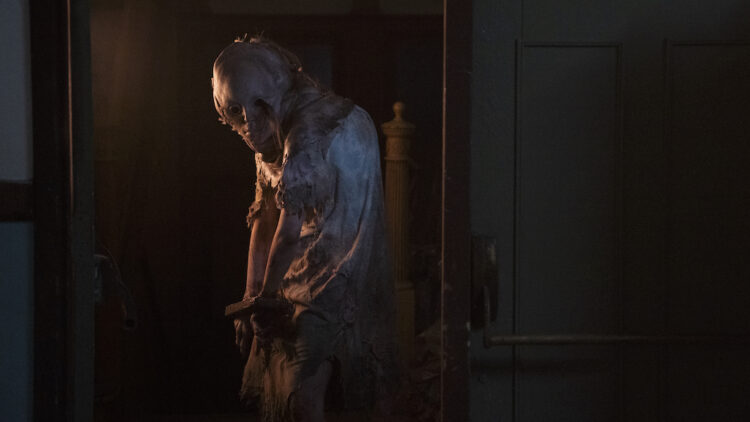 Resident Evil fans rejoice, for we have a trailer for the upcoming Resident Evil: Welcome to Raccoon City. The film, directed by Johannes Roberts, is separate from the Paul W.S. Anderson series, and from the trailer, seems to be a more direct adaptation of the source material. Plus, the trailer features an incredible needle drop.

Check out the trailer for ‘Resident Evil: Welcome to Raccoon City’:

Returning to the origins of the massively popular Resident Evil franchise, fan and filmmaker Johannes Roberts brings the games to life for a whole new generation of fans. In Resident Evil: Welcome to Raccoon City, once the booming home of pharmaceutical giant Umbrella Corporation, Raccoon City is now a dying Midwestern town. The company’s exodus left the city a wasteland…with great evil brewing below the surface. When that evil is unleashed, a group of survivors must work together to uncover the truth behind Umbrella and make it through the night.

Easter eggs abound in the trailer, including a glimpse at one of the game’s most frustrating enemies: the Licker. There are also several references to the Ashford twins from Resident Evil – Code: Veronica, a notoriously difficult installment of the franchise. Plus, there are of course the zombie dogs. It wouldn’t be Resident Evil without them!

Also, according to Roberts, while Claire and Chris Redfield are the protagonists, the film is also “very heavily based around Leon Kennedy’s first day on his job (the premise of the second Resident Evil game).

Roberts is no stranger to the horror genre, directing films such as The Strangers: Prey At Night and two entries in the 47 Meters Down series. In an interview with IGN, he said, “It was really important to me in this movie to scare people and to create a dark, creepy atmosphere that I felt that maybe had been missing from the previous movies, which were much more action.”

Related: The Resident Evil Dead by Daylight Chapter is Fun but Rocky

He went on to explain that films such as The Exorcist, the zombie films of George A. Romero, and John Carpenter’s Assault on Precinct 13 were big influences on the film.