‘Val’: Exclusive Clip Teases The Extent of The Demon’s Powers

In this exclusive clip, the demon Valefar begins to reveal her devious powers. 'Val' is available now on VOD! 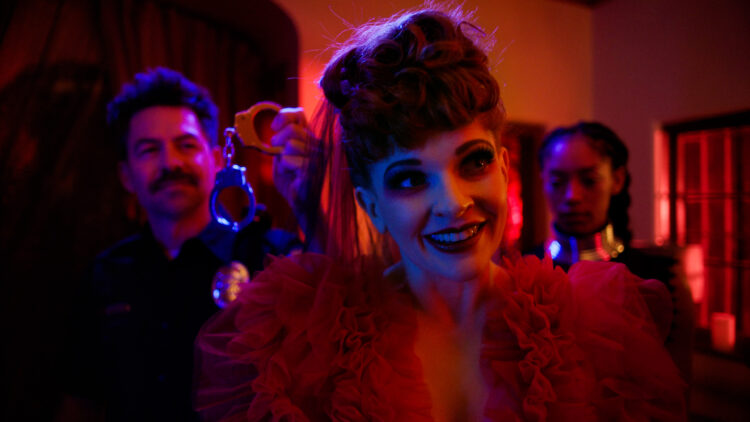 In director Aaron Fradkin’s new film, Val, a criminal on the run takes shelter in the home of an escort. Decked out in luxurious lingerie, she seems harmless. But only for a few moments. In this exclusive clip, VAL reveals that she’s more than just your typical human woman. Oh, no, she’s something much more powerful.

Read the full synopsis for Val:

Fin is a criminal on the run, wanted for the murder of his boss and the accidental shooting of an officer. He breaks into the home of a high-class escort, only to discover that you get more than you bargain for with VAL, short for “Valefar” – a demon who offers to make all his problems disappear if he agrees to follow her rules. But in Val’s world there are no accidents, and as Fin meets her other “customers”, he learns that Val was expecting him all along, and it isn’t easy to escape Val’s dungeon.

Check out the trailer:

From the clips and trailer, you can expect a colorful, blood-soaked ride led by the demon herself. Plus, the costume design is simply to die for. Val-inspired lingerie line when?

This is Fradkin’s third feature, which he co-wrote with Victoria Fratz. They previously collaborated on their 2018 film Electric Love.

Val is now available On Demand, and comes to Blu-ray November 2nd.