Dread Central is beyond thrilled to have received an Honorable Mention for Best Website in the 18th Annual Rondo Awards! For a recap of this year’s winners, along with a history of the Rondos, read on! The full list of winners follows.

A monster in green hair and red lips dancing on the steps. A baby Yoda discovering the Force for the first time. A cool, cruel Dracula charming his soon-to-be dinner guests. And an unknown makeup woman of the 1950s helping to create a Creature for the ages. All these and more were honored today as the best of 2019 in the (Gasp!) 18th Annual Rondo Hatton Classic Horror Awards.   From Criterion’s collection of 15 Godzilla movies to a startling confrontation between Karloff and Lugosi in 1934’s transgressive THE BLACK CAT, this year’s winners represent all facets of the classic horror experience. The nominees and winners also reflect the growing diversity and sophistication of today’s horror firmament.

Among top winners of the fan-based awards were JOKER (voted Best Film), THE MANDALORIAN (Best TV), and LADY FROM THE BLACK LAGOON (Book of the Year). Frank Langella’s under-appreciated DRACULA from 1979 was voted Best DVD/Blu-Ray; HORROR NOIRE, an eye-opening and long overdue exploration of black horror films and black filmmakers, won Best Documentary; and a pair of articles from RUE MORGUE’s landmark “Queer Fear” issue topped the magazine categories.

Director Joshua Kennedy’s unprecedented gathering of former Hammer stars — Veronica Carlson, Caroline Munro and Martine Beswicke — in HOUSE OF THE GORGON was voted Best Independent Film. And British film experts Jonathan Rigby and Kat Ellinger were among those inducted into the Monster Kid Hall of Fame.

All these from a year that featured more magazines, books, websites and podcasts than ever before, along with an explosion of “classic horror” and modern Blu-Rays from Universal, Shout/Scream, Kino, Criterion, Arrow, Severin, Indicator and many others

The Rondo Awards, named after Rondo Hatton, an obscure B-movie villain of the 1940s, honor the best in classic horror research, creativity and film preservation. This year’s e-mail vote, conducted by the Classic Horror Film Board, a 25-year old online community, drew more than 4,700 ballots, the most ever in the largest survey of the classic horror genre held each year.

In individual categories, filmmaker Jordan Peele, director of GET OUT, US and producer of a new TWILIGHT ZONE series, was named Monster Kid of the Year, Rondo’s highest honor.  Film historian Gregory William Mank was voted Best Writer, Mark Maddox again Best Artist and author Scott Gallinghouse was cited for his deep-dive biography of  Rondo Hatton himself.

Other winners ranged from comedian Gilbert Gottfried’s “Amazing Colossal Podcast” to an outpouring of votes for horror host Svengoolie, honored for 40 years on television.

Below you’ll find all the winners, along with runners-up and honorable mentions. Many categories were very competitive, and numerous nominees not listed here nonetheless drew significant votes.

Below is a photo of Hatton in the 1946 film, HOUSE OF HORRORS, which was an inspiration for the distinctive bust given to winners.

Runners-up: WHAT WE DO IN THE SHADOWS, STRANGER THINGS 3
Honorable mentions:
AMERICAN HORROR STORY: 1984; CREEPSHOW

Runners-up: SMOKE AND MIRRORS: THE STORY OF TOM SAVINI;
A GOOD GAME: KARLOFF & LUGOSI AT UNIVERSAL
Honorable mentions:
MAKING APES: THE ARTISTS WHO CHANGED MOVIES;
IN SEARCH OF DARKNESS;
SCREAM QUEEN: MY NIGHTMARE ON ELM STREET

BOOK OF THE YEAR
THE LADY FROM THE BLACK LAGOON: Hollywood Monstersand the Lost Legacy of Milicent Patrick by Mallory O’Meara 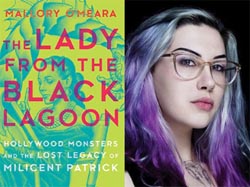 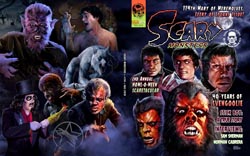 BEST ARTICLE
RISE OF THE SUPERMONSTERS/MONSTERS FROM THE CLOSET,by Carly Maga and Matthew Hays, RUE MORGUE #189

Runners-up:
HORRORHOUND #78 by Jason Edmison;
THE DARK SIDE #201 by Rick Melton;
SCREEM #37 by Mark Maddox;
FANGORIA #2 by Joshua Hoffine;
CLASSIC MONSTERS OF THE MOVIES #15, by Daniel Horne;
RUE MORGUE #78 by Rob Birchfield 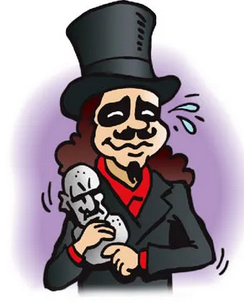 For decades, the few details known about Rondo Hatton have been a mixture of conjecture and legend. Enter Scott Gallinghouse, whose masterful biography of Hatton in the book THE BRUTE MAN uncovered a richer life than anyone imagined. Two marriages, a thriving career as a reporter, an athlete and a brave gamble on Hollywood after his features began to distort. Meticulously researched and superbly written, Gallinghouse’s work is an important part of the Rondo Hatton story.

Director and writer Jordan Peele has brought a new sensibility and terrific energy to the horror and fantasy field with his depictions of real people confronting unreal truths. His films US and GET OUT and his reboot of THE TWILIGHT ZONE only hint at his new horror concepts to come. For thoroughly shaking tired tropes, he is our Monster Kid of the Year. 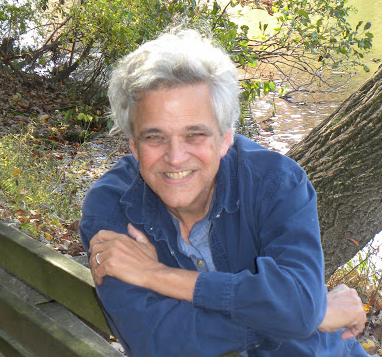 Greg Mank was one of the first horror historians to delve deeply into the production and personalities behind the Universal horror films, and decades later he shows no sign of ending his search for new insights about the films we all love. His recent books and lectures on actors Colin Clive and Laird Cregar, along with his Blu-Ray commentaries make him an essential part of ever-changing film history.

ARTIST OF THE YEAR
MARK MADDOX 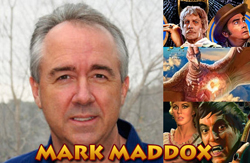 One of the original masters of horror, Robert Bloch’s PSYCHO and other macabre tales filled a generation with intelligent dread, spawning young writers, shaping early television and films and setting a baseline for horrors to come. Whether screenplays or short fiction, his stories still bring a shudder.

Horror historian Jonathan Rigby sees movies with a worldly eye. His books such as ENGLISH GOTHIC, EURO GOTHIC and AMERICAN GOTHIC do more than simply compile the films of the century. He discerns the cultural shifts and winks within, producing a body of work that is entirely original.

Author, editor, podcaster and film commentator (300 so far), Kat Ellinger is an important voice working to broaden too-often traditional views of film, culture, gender and genre.  Expanding definitions helps her bring more people into a world of forbidden or even difficult cinema, from horror and giallo to surprising new takes on pop favorites and beyond. 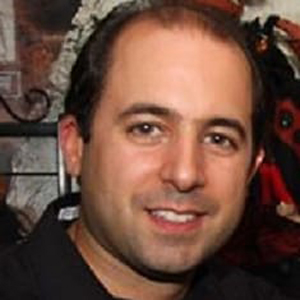 For years, Constantine Nasr has been a hidden hand behind some of the genre’s most important DVD and BluRay releases, working with studios on commentaries, documentaries, interviews and pushing, pushing, pushing to ensure classic and contemporrary films get the best presentations possible. This year alone his work has ranged from the 1979 Dracula to Universal Horrors and more.

Greg Luce’s Sinister Cinema was a gateway drug of sorts for a generation discovering video in the 1990s. Far from your corner Blockbusters, Sinister Cinema offered rare and obscure and often unknown films on VHS, a mail order warehouse still active today.  Luce has struggled but says his maile order DVD operation will stay open at least into 2021. He is a founder of … all this.

George Chastain, shown here with a recent Forry Award, is a longtime fan, artist and as George ‘Egor’ Chastain, one of the earliest chroniclers of the wide and weird world of television horror hosts. His work can be seen in magazines, books, convention posters, buttons and more. His recent look at muscle-bound celebrities of the past in the Rondo Hatton biography is a wonder of graphic storytelling. A true Monster Kid for the ages.

THE GHOUL (Ron Sweed) and SON OF GHOUL

Cleveland’s long history of monster enthusiasm has had its share of horror hosts, beginning with the late Ron Sweed (the original Ghoul), and now, Son of Ghoul. “Son” has held a gentle yet reassuring presence in northeast Ohio for decades, keeping televised and online horror alive and well.

Every part of life, from sports to the boardroom, needs its pranksters, and David “The Rock’ Nelson is that — a zany and unstoppable force at conventions, and a recurring figure on Chicago TV every October.  His crude handheld filmmaking interrupts conversations so the footage can be compiled into guerrilla DVDs of streaming basement unconsciousness. As one voter wrote, “David is a heartfelt Monster Kid through and through.” Welcome to the Hall!

As we always say, if you’ve gotten this far, you are a true Monster Kid. Again, remember that winning is fun but the true value is in all the nominees and all their work. We hope you use this “downtime” to check out the links and podcasts and videos on the ballot. And thanks for being a part of the Rondo experience.

Congratulations to all of 2020’s Rondo Award winners!