These 5 Under-Seen Exploitation Efforts are a Brutal, Sleazy Good Time 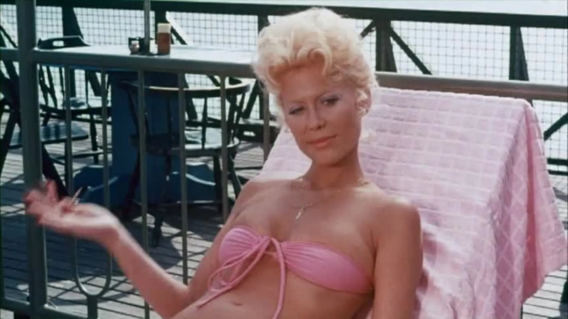 The exploitation genre is a broad category. It covers everything from cynical cash grabs made to capitalize on lucrative filmmaking trends to pictures that put sex and violence over substance. And that’s really just scratching the surface of what that catch-all term encompasses.

With so many titles that fall under the ‘exploitation’ heading, sorting through the trash to find a treasure can be overwhelming. And since I would hate for anyone to miss out on a sordid, sexy, or bizarre good time, I have put together a list chronicling a handful of lesser-known exploitation flicks that should be on the radar of anyone that enjoys the intersection of the sleazy and the macabre.

Director Jack Hill’s (Foxy Brown) tale of an all-girl gang with serious dissension in the ranks was loosely inspired by Shakespeare’s Othello. And while it doesn’t quite rise to the same level as its inspiration, Switchblade Sisters is still a very endearing flick. The characters are surprisingly likable, even going so far as to show genuine vulnerability at times. Moreover, the action sequences are impressive and entertaining. The ladies are constantly brawling or engaged in knife play or up to some other form of disreputable behavior.

If you’re still not sold, you don’t have to take my word for it. Quentin Tarantino is a huge fan of this picture and even re-released it through his Rolling Thunder Pictures label.

Too Hot to Handle

Cheri Caffaro is an exploitation goddess. She made a handful of sleazy, sexploitation films in the Philippines during the ‘70s and all of them have merit. But my personal favorite from her catalog is Too Hot to Handle. The film sees her playing lady assassin Samantha Fox. Her latest mission finds her contracted to kill several unsavory types involved in shady dealings. But things get complicated when Ms. Fox becomes romantically entangled with the lawman investigating her for murder!

This flick is all kinds of over-the-top. The action sequences aren’t overly realistic and the plot is nonsensical. Not to mention, the performances are on the silly side. However, there is something undeniably enjoyable about watching the action-packed exploits of this oversexed super-spy type. Her mannerisms are always flirtatious, even when she is killing someone. It’s just the right amount of ridiculous. And the storyline is entertaining if you’re able to accept that it’s basically just there to string together the gratuitous nude scenes.

This action-heavy offering saw release in the wake of the success of the massive success of the similarly-themed Dangerous Minds. This time around, we have a badass merc (Tom Berenger) penetrating the education system to seek revenge on the mischievous adolescents that put his lady friend in the hospital.

The action sequences in The Substitute are relatively impressive. And Berenger is surprisingly likable as Shale, the mercenary. The film is a little rough around the edges. But I really dig this exploitation actioner from the ‘90s. And I think anyone with a soft spot for exploitation cinema will find plenty to enjoy about this picture.

This high school-set exploitation effort benefits from a sincere performance from Perry King as lead character Andrew Norris. King plays Andrew as a sympathetic lead that is put through the wringer by a group of deranged students. The relatable nature of the character goes a long way toward making his revenge spree feel justified.

If the promise of revenge isn’t enough to interest you, perhaps I can tempt you with the knowledge that this grindhouse-era offering features an early career performance from Michael J. Fox before he added the middle initial to his name.

If anyone was going to release a film about a disturbed man that rapes and kills patriarchs, it would be Troma. And I am glad they did. This overlooked offering from brilliant directorial collective Astron 6 is a riotous good time. The violence is brutal. The schlock is constant. And the dialogue is outrageous. And what’s more, with the Father’s Day holiday right around the corner, this flick is also seasonally appropriate viewing. So, what are you waiting for? Go watch this ridiculous farce. You can thank me (or possibly curse me) later.