To intentionally mislabel a horror film is a slap in the face to fans of the genre. 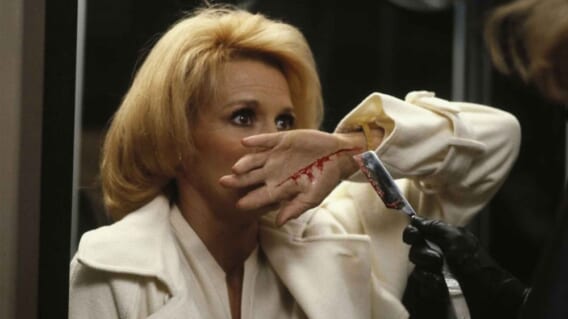 For as long as I can remember, the horror genre has been seen (by some) as less than. When a horror picture wins an Oscar, it is almost always billed as a ‘psychological thriller’. It’s as though the powers that be cling to the notion that a film cannot be both horror and fine art. But that is a lot of malarky. In fact, A24 has made a business model out of debunking that archaic, antiquated, and inaccurate notion.

So, in an effort to call a spade a spade and right a series of historical wrongs, I would like to draw your attention to a handful of horror features that were deceptively pitched to moviegoers under the ‘psychological thriller’ label.

Frailty is a fairly cut-and-dried case of misleading marketing practices. The film is about religious fanaticism, demons, and the (sometimes) blurry line between good and evil. Yet, somehow, the flick was pitched as a psychological thriller. I vividly remember being caught off guard when I saw it in theaters. Bill Paxton’s directorial debut is a horror movie, even if it isn’t immediacy identifiable as such by the picture’s marketing campaign.

Part of me wonders if this flick would have been a greater box office success if it had (rightfully) been marketed as a horror feature. The film did recoup its budget and make a modest profit during its theatrical bow. But had it been pitched properly, it may have been a far greater success.

In spite of being based on a violent and frightening Stephen King novel, Misery was positioned as a psychological thriller. In spite of the lack of viscera on display, the film is, very much, a horror picture. It taps into the horrors of the human mind and even foreshadows toxic fandom years before we had the terminology to describe it.

Misery director Rob Reiner recognizes that what we don’t see is often far scarier than what we do. But employing that restraint doesn’t take away from the film’s horror credibility. The picture is a faithful adaptation that terrifies just as effectively as the horror tome upon which it is based.

Brian De Palma has skirted the line between the horror and thriller genres many times. But Dressed to Kill is, without a doubt, a horror movie. The famed creator uses thematic and stylistic elements from the giallo films of the ‘60s and ‘70s (mixed with his signature style) to serve up a suspenseful and harrowing viewing experience.

Like the giallo pictures of yesteryear, Dressed to Kill veers heavily into horror territory with ample bloodshed and even features a giallo-esque score from legendary composer Pino Donaggio. Sadly, the picture’s marketing team downplayed the film’s inherent horror elements and tried to pass it off as an erotically-charged psychological thriller.

Silence of the Lambs

Silence of the Lambs stands as another great example of a horror film that was years ahead of its time. This flick was elevated horror before we were using that terminology. It is a cerebral picture that delivers an almost unbearable level of tension. But any way you slice it, Silence of the Lambs is still a film about brutality and cannibalism. To call it anything other than horror is as offensive as it is inaccurate.

Orion Pictures adapted a horror novel for the screen and realized a remarkable level of success in the process. But sadly, everything about the picture’s marketing paints the film as a thriller, rather than a horror movie.

M. Night Shyamalan’s breakout picture is deeply rooted in horror. It is a ghost story, plain and simple. But given that horror is often seen as a lesser art form, the picture was pitched to the masses as a psychological thriller.

Leaning into the more cerebral side of what scares an audience does not change the fact that a harrowing film about ghosts and the afterlife is, and always will be, a horror movie.

The idea that an intelligent and well-crafted horror picture can’t be labeled as horror is offensive to fans. It suggests that a horror film cannot or should not be cerebral. The implication is that horror films are pedestrian and banal and a film that rises above well-worn tropes to terrify in unexpected ways has to be something other than horror.