10 Great Edgar Allan Poe Adaptations To Watch on His Birthday 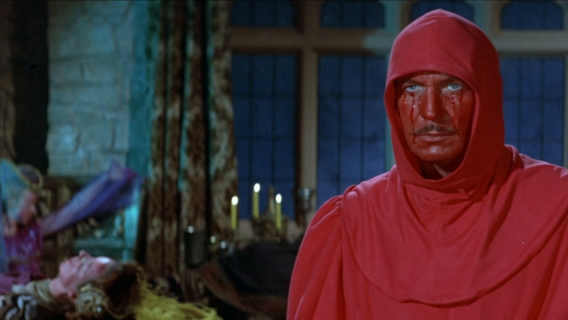 Few writers have left their mark on the culture of horror like Edgar Allan Poe. From his birth in 1809 to his mysterious demise in 1849, Poe proved an instrumental figure in the American literary scene. He created the detective mystery genre, penned vital criticisms, creating publishing companies…and, of course, wrote quite a few gothic stories and poems that stand the test of time.

Poe might have feared being buried alive or human madness, but he certainly had a gift for bringing his fears to life on the page. There would be no Lovecraft, King, or Barker without Poe. While many filmmakers—especially Roger Corman—have tried bringing his stories to the silver screen, only a few come close to capturing Poe’s gothic prowess.

January 19th marks the anniversary of Edgar Allan Poe’s birth. To celebrate, I advise you to sit under the nearest Bust of Pallas, ignore the taping at your chamber door, and, if you don’t flip open your collected works of Poe, turn on your television and watch one of these marvelous adaptations of his work.

While 1909’s The Sealed Room is one of the oldest Edgar Allan Poe adaptations (directed by the now-infamous D.W. Griffith), 1928’s The Fall of the House of Usher is the first great adaptation of Poe’s work. Now, it should be noted that this is the French film from 1928 directed by Jean Epstein, and not the American short film of the same name released this same year.

One of the great things about this adaptation? Much like the original short story, it’s a precise window into generational decay and death. At a brief 65 minutes, it manages to relay a dreamlike aesthetic that puts you into a trance. While the short story is definitely grounded in realism, this adaptation borders on magical realism if not full-blown supernatural-lite.

There are a few odd changes in the film (for example, Roderick’s dying sister becomes his wife), but otherwise? It’s a stellar adaptation of the work.

I feel conflicted including The Black Cat here. As an adaptation, it’s really not good at all. At no point does it remotely come close to relaying the story Poe originally wrote. However, as a 1930s horror film, it’s one of the best. Even if it doesn’t follow Poe’s story, it feels like a Poe story, complete with madness, obsession, and a thematic focus on death and being mistaken for dead.

Bela Lugosi and Boris Karloff face off in what is arguably among their best performances. For those unfamiliar with Pre-Code cinema, you’re going to be fairly surprised just how violent and twisted this film is, with Satanism, mutilation, and fetishization of death.

The first of many collaborations between Vincent Price and Roger Corman to bring Poe’s body of work to life, it remains one of his best. Corman’s adaptations often expanded the original story, and he does so here. Rather than the central character arriving at the House of Usher to visit his ailing friend, he’s here to meet his fiance’s family. This makes him, in essence, part of the Usher family.

Does this work to improve the story? It’s hard to say. What isn’t hard to say is that Vincent Price’s performance as Roderick Usher is charismatic and entertaining, and that Corman’s notoriously inexpensive sets look fantastic, channeling a gothic charm that attempts to channel the gothic aesthetic of Hammer Studios. And all of it works fantastically.

Arguably the strongest of Corman’s Poe adaptations, Masque of the Red Death is a psychedelic descent into opulence. Like in the original story, an aristocrat holes him and his friends away from a spreading plague. While he lives in opulence, those outside his walls die, one by one…until the Red Death pays Prospero and his companions a visit.

Unlike the original short story, however, Prince Prospero, played by Price, is a Satanist. This results in a story that shifts away from the discussion of how the rich isolate themselves from the world and its dangers, and more into a discussion of morality and existential philosophy.

This works very well, though you’d be forgiven if you overlooked that…because the visuals of this film are incredible. The colors are so vivid and every sequence is so surreal. It embraces the psychedelic style of the 60s, while also remaining true to the spirit of the original story.

There are a lot of recordings of famous actors reading Edgar Allan Poe. However, those are mainly audio-only performances distributed on old cassette tapes. Vincent Price, however, is not most actors. He’s going to make an entire TV movie, where he just sits in front of a camera, reading four Edgar Allan Poe stories, and you’re gonna love every second of it.

While this isn’t exactly compelling visual television, there’s something hypnotic about hearing Price recite these stories. On paper, watching someone reading from a book for 50 minutes doesn’t sound compelling. But this television movie is incredibly captivating and worth watching.

While Price did several adaptations of Poe’s work, all of which are worth mentioning, it feels like a cheat to just list out his other films. So know that, should you argue that The Pit and the Pendulum, A Comedy of Terrors, The Raven, or The Tomb of Ligeia should be here instead, now that…yes, if this list were devoted purely to Price’s work on Edgar Allan Poe projects, they would be. They’re all fantastic.

Sergio Martino’s Your Vice is a Locked Room and Only I Have the Key is a better adaptation of “The Black Cat” than the 1934 film The Black Cat. It’s Poe as told through the lens of giallo’s psycho-sexual lens, but it’s Poe all the same.

While the original story focuses on an abusive alcoholic husband who takes on his rage on both his cat and his wife, this film focuses on a byzantine murder mystery involving a married couple. While the general structure – as well as the ending of the short story – is intact, this film takes the original story and adds a lot of new characters with their own motivations. This results in a sometimes overwhelming experience. But, if you’re familiar with giallo and its usually wildly concocted murder mysteries, this is par the course.

Roger Corman produced this adaptation of “Masque of the Red Death” that takes a far more somber, more introspective perspective on the story. In contrast to Corman’s more garish, flamboyant film, this film is more understated. While it’s definitely cheesy and at times stilted, there is something uniquely hypnotizing about this film.

Obviously, it follows up Corman’s prior adaptation of the work. It compensates for Price’s scenery-chewing with Highlander: The Series’s Adrian Paul’s restrained acting. It may be less memorable than Price’s Satan-worshiping Prospero, but it’s far more human and far more believable of an adaptation. It’s criminally overlooked.

However, there’s something just so ambitious about Stuart Gordon’s adaptation for Full Moon Pictures. For one, unlike all prior adaptations, it follows the plot of the short story – albeit, loosely. While The Pit and the Pendulum is one of Poe’s more famous stories, it mostly centers on the titular instance of torture, not so much the context that leads to it. In a strange twist, most prior adaptations left out The Spanish Inquisition, the group enacting all of the torture. Therefore, it’s very unexpected that they appear here as villains.

This film is a cross between historical folk horror a’la Witchfinder General and gonzo gore film. Anchoring all is Lance Henrikson, playing the villainous Torquemada.

Poe’s stories were primarily short tales or poems. Therefore, any film that aims to adapt them will often have to add content to the story, thus diluting the central story. It’s odd, therefore, that there are so few Edgar Allan Poe anthology films. Extraordinary Tales just happens to be one of the most memorable among this small collection of Poe anthologies.

The film is broken up into five animated segments, where we are read a Poe story. Animation then accompanies the reading to visually relay what we’re hearing. Simple enough, but there are three very important things to keep in mind. For one, each segment is animated in an entirely unique style. “The Fall of the House of Usher,” for example, looks like it’s something out of a Tim Burton film.

The second noteworthy thing is that all the readers—save for the final segment, “The Masque of the Red Death,” which is entirely silent—are famous personalities. Christopher Lee, Bela Lugosi, Guillermo del Toro, and Julian Sands all read the stories aloud.

The third thing? The segment adapting “The Facts About the Case of M. Valdemar”, or, more specifically, the fact it was adapted at all. This is one of Poe’s more overlooked short stories, despite being one of his most nightmarish. It’s fantastic seeing it get some love in this anthology.

It might be odd to realize this, but The Simpson’s very first Treehouse of Horror is the greatest adaptation of Edgar Allan Poe’s “The Raven.” It’s hard to adapt “The Raven,” as it’s just a brief poem, memorable for both its lyrical stanzas and haunting imagery. But when you try adapting a poem into a film, it gets hard to communicate just what worked about hte original.

The Simpsons, however, elected to just have James Earl Jones read the poem aloud, and let the visuals communicate what the words said. They manage—somehow—to fuse Poe’s gothic imagery with The Simpson’s antics. It’s thanks to this that The Treehouse of Horror became an annual tradition for households everywhere.

The Simpsons also adapted “The Tell-Tale Heart” into the episode “Lisa’s Rival,” though if you’re looking for long-running cartoons that adapt that story, may I direct you to Spongebob Squarepants’s episode “Squeaky Boots.”