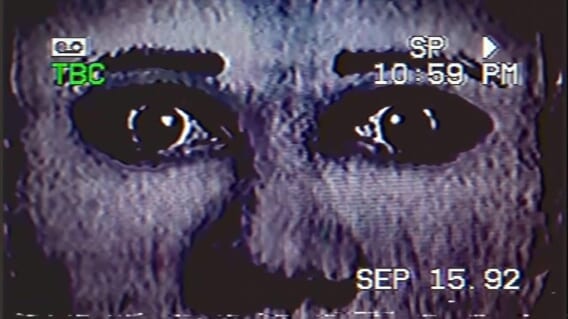 Tommy Lee Wallace’s Halloween III: Season of the Witch was a divisive direction for the franchise. But looking back almost 40 years later, there is a scene that feels unassailably prophetic. The opening credits: vivid orange lights are cascading across the screen to reveal a jack-o-lantern, grinning with innocence from an old monitor. A powerful image that seems to have predicted modern horror would be computer-generated. This was back in 1982, before the deepest, murkiest corners of YouTube, when the idea of horror being readily accessible from a computer screen was an analogy that felt more like science-fiction than a state of affairs for horror as we know it.

Still, the internet has proven in a post-lockdown world that this is now a reality. Wallace was likely only aiming for an evocative, spooky image. But the same way that we watched this jack-o-lantern slowly form in big, beaming lights, we now watch horror buffer and boot up. Both are supremely technical displays of mood, but the latter is redirecting us to the future. Analog horror is a subgenre of horror that is centered around analog formats, such as VHS, where high definition is eschewed for deep-fried, abyssal static. It’s a term that’s been forced into horror’s binary code, and now that it’s here, it’s festering.

There is a case to be made that it’s becoming oversaturated as terminally online artists collectively run out of ideas. But there’s a stronger case to be made that there has been nothing quite like it. It could even be argued that in due time, there will be a grandiose shift in form and flair that will come from social media’s new bizarro craze. It’s happening right in front of us, beneath us, and right behind us. It’s breathing down our human skin with inhuman, 16-bit breath. Horror, rather than getting scarier, is getting more uncomfortable. The paper trail it left behind of morbidity and immediate danger deserves to be investigated. This is “The New Flesh” that horror fans and gorehounds have begged for, and it’s not flesh at all. It’s all sorts of wires and circuits.

Analog horror is as much of a formalist experience as conceptual. Alex Kister’s The Mandela Catalogue has spread rapidly as the supreme Exhibit A of what analog horror looks and sounds like. Random, inconspicuous glitches soon become all-consuming. Jumpscares that are often either hidden within blink-and-you’ll-miss-it errors or cut off before they even happen. Warped and demented imagery that is just short of being as graphic as it could be.

The sense of insecurity that comes from knowing you’ll be frightened is constantly visually manipulated. If the scares you see coming once you get used to how movies scare you are cut off before you can say “I told you so,” the scares that come when you’ve deduced the video down to nothing but a mood are quite powerful. Few people were left completely unphased the first time we all saw Lucifer’s grin in Kister’s first video. It was the moment many people realized analog was the real deal.

Anyone who has spent more time on the much-bemoaned “dark side of YouTube” than was healthy for them has heard about The Mandela Catalogue or The Walten Files or any project filed under The IP + Video Medium format. They likely observed it as no more than experimental art as opposed to something boundary-pushing. What is not often observed, however, is how the “gimmick” of analog horror is, itself, an attack on boundaries. Found footage, one of the most maligned and misunderstood subgenres in horror fandom, functions on the idea that we are watching the extraordinary occur through the perspective of another, captured on media that we’re often told “was the only evidence found” or “was brought to authorities and publicly released”. The catch was always that we were safe in our consumption of someone’s unsafe experiences. We may see the monster, but we know it will never get us.

Analog horror is the bastardization of such a sense of safety because the media itself is the monster. We are taken from a position of first-person/third-party observation and forced into second-person/first-party participation. Squimpus McGrimpus’s FNAF VHS series is quite possibly the first popular execution of this concept. We follow the downward spiral of Michael Afton as he discovers, and experiences, the collected VHS tapes of his father William.

But the framing device does not give us the relief of being an omniscient viewer after the terror has run its course. It is demanded that we know we are Michael. The fright unfolds in the same time period that we are viewing it. We’re not given distance from the story or our role in it. At the very least, if we’re not Michael then we are the next victim, the next person unlucky enough to find what he found. The lightning rod for Squimpus’s fury is not a character whose poor fortune amuses us. It’s us.

Further down the rabbit hole of visual distortion, analog horror boasts an off-putting comprehension of music and noise as scares themselves. One of the most obscure analog projects, ‘my happiest days’, is a digital haunted house of disquieting sounds with minimal sights. When not resorting to evocative uses of Erik Satie’s “Gnossienne no. 1”, it utilizes shiver-inciting moans and distant, end-of-the-hallway shrieks so unnatural that you can’t help feeling you’ve been hexed in some way. Groans and grimaces like we’ve seen in analog horror are something that’s possibly never been done in horror, with a very particular exception.

Jane Schoenbrun’s 2021 film We’re All Going to The World’s Fair is an enigmatic, highly impressionistic montage of firsts. It’s the first movie to explicitly feel like a Creepypasta, the first movie to capture the unflattering corner of Zoomer childhood where scrolling YouTube horror clickbait and reading Jeff The Killer fanfiction was all you did with your “formative years”. It’s the first movie to hold a candle to what would eventually be analog horror’s idea of being scary. Alex G’s score is macabre and beautiful, and there are sprints of imagery that seem right at home with analog maestros like Battington (of ‘Harmony & Horror’) and Kister. A line of movie tickets pulled out of a Cronenbergian arm wound, an inhuman grin spreading across protagonist Casey’s face as she sleeps.

But these morbid odds and ends are more of an ethos than an actual practice in World’s Fair. In the mainstream and even the underground, there is no movie that’s managed to be what analog horror has been since 2020 when lockdowns forced content creators to come up with ways to evolve spooky videos for a generation that’s survived “I Feel Fantastic” and Shaye Saint John. This begs the question: What if horror filmmakers followed suit?

Horror evolves throughout time. But modern filmmaking is in a unique spot where it’s not entirely certain which direction the genre is headed. “Elevated horror” has been a proposal, but it’s more of a buzz term that often comes from people who don’t want to admit they enjoyed a horror movie. If movies like World’s Fair are any indication, we’re already teetering on embracing analog in the industry. Past classics like Ringu even affirm that we’ve had similar ideas for a long time. The importance of analog horror for the modern horror industry is its capacity for finding new ways to viscerally scare audiences.

Horror cannot be defined solely by its ability to scare. But the general consensus for “great horror” is that it’s scary and thought-provoking. Analog horror is an overwhelming dose of both. Tragic stories of desperation and torment that are cracked in half with MSPaint and low FPS. These are powerfully deranged sagas that often escalate into cosmic hatred, and they seldom clock above 40 or 50 minutes. Allowing them a feature length to breathe and more than an Adobe Premiere budget to work with would be opening the floodgates for something that readjusts terror for older audiences and reaffirms what was so uncertain about the internet for younger fans.

In the first installment of The Mandela Catalogue, “overthrone,” there is a statement that feels as prophetic as the computer jack-o-lantern in Halloween III did decades ago. Before unveiling his true form, Lucifer under the guise of Gabriel speaks to the humans in that bouncy, whispery text-to-speech that’s now become YouTube’s voice of evil. The proclamation in question: “I know what you love. I know what you dread.” These are artists who have rattled the formula. They have made blueprints written in blood for the industry we’ve all heard is creatively bankrupt, drained of its classics, and all-in-all supposedly dying. Yet death is the last thing that horror is experiencing.

Analog horror is a testament to its resolve to rebirth again and again, a proverbial phoenix from the ashes that’s breaking the simulation. We’ve been operating in fleshy normalcy. Horror is ready to plunge into binary code, and analog horror deserves to be the River Styx leading to its seediest regions.