5 Movies That Would Be Better With Nicolas Cage 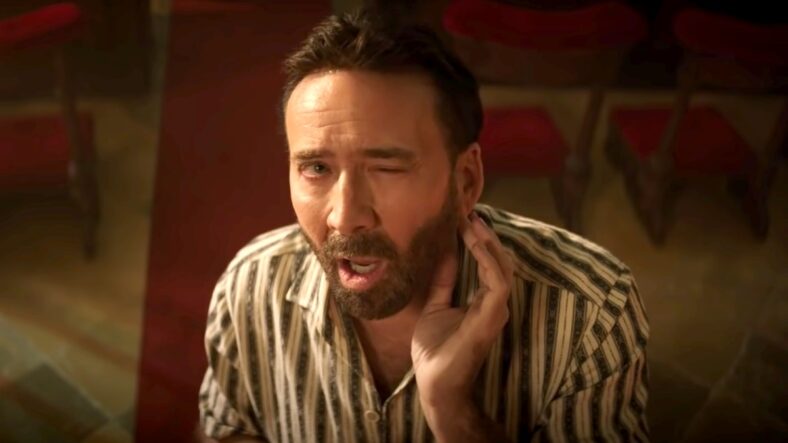 Screw elevated horror, if you want to elevate your movie, throw Nicolas Cage in it. He’s the most interesting and electrifying actor of his lifetime. No matter what he’s doing, you can’t look away as he only knows how to give 999%. The fact that he even has to explain that he’s never phoned it in, when it’s obvious to anyone who has watched one of his movies, makes me so sad. His energetically confusing performances probably gave us the best Youtube compilation that shall ever exist.

I hope his team paid the creator and now uses that as an acting reel. The video is old but a nice primer for people who somehow don’t know about this legend. Cage’s performances have only gotten more unhinged as the years have gone by. This is why whenever there is a lull in a movie, I wonder how Nicolas Cage would liven it up.

Hear me out! We’re used to seeing the Cagemeister go full 100% with his voice as a tool. Can you imagine seeing his unhinged reactions under silent circumstances? Can you??!! It would be a flurry of hands and eyebrows. He’d make every breath a moment and bring out a character history that Cillian Murphy’s performance only hinted at. His silent reaction to the creatures alone would be worth the price of admission. One of the ways John Krasinski failed this franchise is by not breaking the “In Case Of Emergency” glass and unleashing the Cage Master General. For shame!

If Nicholas Cage were Tommy Doyle, evil would’ve died tonight. I have seen Cage throw hands, furniture, and people during his career. This version of Tommy wouldn’t have needed the support of everyone in Haddonfield, because he would’ve dealt with Michael Myers like we haven’t seen since Busta Rhymes took him down in Resurrection.  Not only would Michael start steering clear of the entire state of Illinois, but he would also learn to ask “Who all is going to be there?” before going anywhere. For our beloved Boogeyman would be afraid of catching another Cage-style beatdown. Bonus points because Nicholas would’ve embodied Tommy’s tortured backstory in a way that would be delicate and so uncomfortable to watch.

Tom Hiddleston and Tilda Swinton are great but this movie wasn’t my cup of tea. I couldn’t help but wonder what this couple’s dynamic would’ve been had Nicolas Cage had played either/both of the leads. I think this would’ve livened up the movie and parked it in chaos mode. He’s played a vampire before so it would be a challenge for him to find new heights and yelling patterns. He also wouldn’t have gotten lost in the sad wigs Tom and Tilda had to endure because no one, and nothing, upstages the Cagester.

Not to bring Tilda Swinton back into this, but she played three roles in the Suspira remake. That’s three roles Nicky Cage would’ve used to blow our fucking minds. I want the world where we see his Madame Blanc smoke fancy cigarettes and tell the girls they’re not good enough. Also, as the older Helena Markos I know he would find ways to gross us out that X could never. I even want his Dr. Josef Klemperer, which I’m sure he would make a scene-stealing moment out of. I’m not sure I’m emotionally ready to handle three Nicholas Cage characters at once, but if this is how I go then it’ll all be worth it.

The whole time I was watching this movie, I couldn’t help but wonder why Nicolas Cage wasn’t playing Howard. I think this character is so unhinged that it seems custom-tailored for Mr. Cage. It would’ve also made that bedroom scene a different kind of cringe. With as many prosthetics being used in this movie, Cage could’ve also probably played Pearl, too. This would’ve led to a nuanced, unnerving, disturbing entry into his resume of what the fuckery. We deserved this as a society. We have a right to see Nicholas Cage “reconnect” with Nicholas Cage while trying to kill a bunch of younger folks who just wanted to make an honest porno.

Let me know what movies you think Nicolas Cage would make 999% better at @misssharai.