With a badass protagonist, nasty kills, and a rejection of killing-the-kids taboo, 'Something Is Killing The Children' is a must-read. 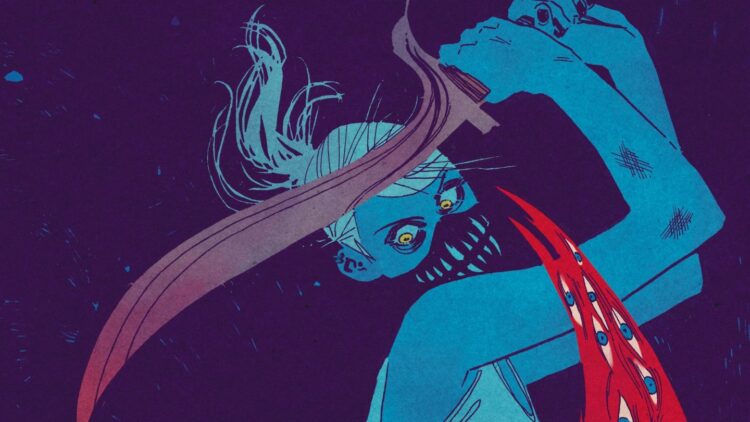 The comic book landscape has been strange lately. By “lately”, I mean the past decade or so. There was a time where the only issues you’d see on the shelf (or web store, for the digital devils like myself) were from the Big Two companies. It doesn’t take a Marvelous Detective to figure out which ones I’m talking about.

In recent years, however, their focus has shifted to something more “cinematic” in nature, giving way for independent, creator-friendly distributors to take up the vacant spaces. So, writers and artists have been moving to these platforms to create stories they might’ve not been able to otherwise. I’m assuming that’s the case, at least. There doesn’t seem to be an obvious reason for the rising popularity of indie comics, so that’s what I’m going with.

Whatever the reason may be, I see this indie comic surge as a good thing. Loads of fantastic series are coming out of all this, especially horror ones! There’s plenty I can choose to talk about, but one sunk its claws into me deeper than the rest. But first, a question. Did you know that… Something Is Killing The Children?

Something Is Killing The Children (Written by James Tynion IV; Art by Werther Dell’Edera; Lettered by Andworld Design; Published by BOOM! Studios)

“When the children of Archer’s Peak begin to go missing, everything seems hopeless. Most children never return, but the ones that do have terrible stories — impossible stories of terrifying creatures that live in the shadows. Their only hope of finding and eliminating the threat is the arrival of a mysterious stranger, one who believes the children and claims to see what they can see. Her name is Erica Slaughter. She kills monsters. That is all she does, and she bears the cost because it MUST be done.” – via ComiXology.

Damn, what a good fucking title! It’s what drew me to this series initially. I mean, how could it not?

It’s a story we’ve all whispered behind our hands before: a monster terrorizes a town, and a hero arrives to stop its reign of heinous horror. From the Lambton Worm to Dracula to Ernest Scared Stupid, it’s a tried-and-true tale that’s been around forever. There’s a reason for that. It’s a great skeleton for a story, especially when it’s done well in a series like Something Is Killing The Children.

The rules of this story’s world are familiar, yet utilized well enough to craft a compelling narrative, creating its own spin on the ideas presented. For example, monsters can only be seen by kids (a la the imaginary characters in Drop Dead Fred). The monsters in turn feed on them in a ferocious fashion. This leads to plenty of frightening scenarios. Monsters brutally devouring children tends to give some people the shivers.

Related: Mike Flanagan Now Brings SOMETHING IS KILLING THE CHILDREN to Netflix

When I say “brutally devour”, I mean BRUTALLY devour. The series doesn’t shy away from the whole “kids-getting-ripped-apart” thing. And it looks rad! We’ll get more into that later. We have other things to discuss, like-

Erica Slaughter! What a fun character! She’s fed up with her “bosses-that-be” who only care about secrecy. Meanwhile, she wants to actually help people. Scarred, cynical, and pissed off, she’s as adept at slashing monsters as they are tearing apart children. Turns out, that’s pretty damn adept. Whether it’s with knives, hatchets, swords, guns, or chainsaws, she sheds monster blood in fountains. Being a lone, roaming monster-killer kinda teaches you how to do that. Who knew?

But that’s not all she has in her corner. Remember how I said only kids could see monsters? Well, turns out that’s only partly true. Kids are the only ones that can see them naturally. Turns out, with a li’l know-how and some dark magic, not-kid people can start seeing monsters, too! I imagine that helps with the whole “monster-hunter” thing. Armed with this second sight and plenty of experience, Erica is a force to be reckoned with. But even so, that doesn’t mean she can’t get herself in over her head, which she may or may not do during the course of the story (hint, hint).

This is the part where we mention the art. I know, I’m a master at subject transitions. Overall, it’s killer. The style isn’t quite realistic, but not as cartoonish as other series. It strikes a nice balance between the two so it’s fun to see, but doesn’t get tedious on the eyes. Nothing too fantastical happens, so don’t expect any crazy landscapes or anything. Just the beauty and atmosphere of small-town U.S.A., which it captures perfectly, along with the residents walking around in it… and, of course, death (this is where the kid killin’ comes in).

The slaughter scenes are exactly what gorehounds like myself look for. I’m talking things getting eaten, torn apart, clawed, toothed, shot, ripped in half, mounds of corpses piled up on top of each other to make a monster nest; all that fun stuff! It’s made even more disturbing as it’s mostly children getting the slasher treatment.

What I’m getting at is Something Is Killing The Children is a fun ride with a great protagonist, a solid story, pretty art, and gruesome scenes of graphic gore that’ll satiate the appetite of most gorehounds and Blood Babes out there.

Tags: graphic novel Something is Killing the Children