‘So Cold the River’ is Tedious and Banal [Review]

Paul Shoulberg’s horror-drama is visually striking but a chore to sit through. 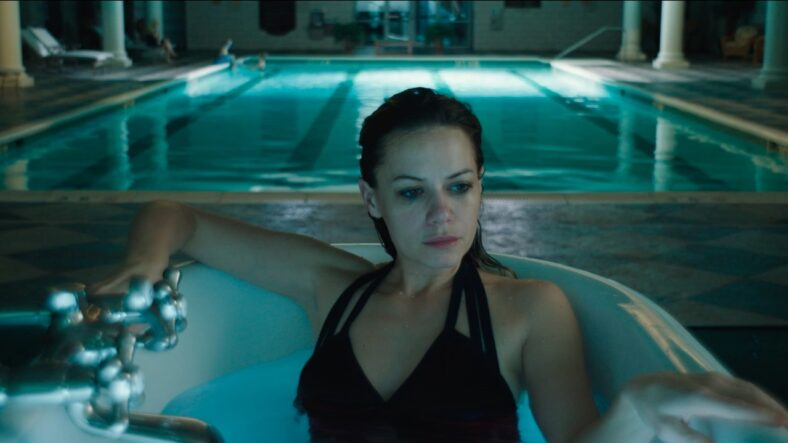 I hate to say this but I think I would have enjoyed So Cold the River more with the sound turned off. This flick is beautiful to look at with its gothic-style visuals and grand set pieces. Sadly, the picture’s appearance might be its singular strong suit. The characters are underdeveloped. The storyline is nonsensical, never coming to the point of being quite comprehensible. And worse yet, the film fails to serve up any truly memorable scares.

The story goes something like this: Erica (Bethany Joy Lenz of television’s Dexter), a documentary filmmaker turned videographer takes on an assignment that sees her coming face-to-face with malevolent spring water and a sinister senior citizen.

After a harrowing synopsis like that, you won’t be surprised to learn one of my chief complaints is that the perilous sequences never feel particularly, uh, perilous. There are maybe one or two serviceable jump scares. However, So Cold the River never manages to elicit real terror. But to be fair, it can’t be easy to make a bottle of spring water and a nearly-paralyzed senior citizen incite fear. The senior citizen in question does appear vaguely menacing and only seems to speak when Erica is looking at him through her camera. But those elements never materialize into anything all that terrifying. It never feels as though the stakes are all that high. And that works to the film’s detriment.

Related: In This Exclusive ‘So Cold The River’ Clip, An Interview Reveals A Town’s Disturbing Past

Bethany Joy Lenz is a fine thespian. But she’s doesn’t have a lot to work with here. Her character is tragically underdeveloped and never really opens up or grows as a person. She effectively has no arc. Erica is a challenge to warm up to, seeing as she is quite closed off (due, at least in part, to trauma related to a prior project). She never really lets anyone past her numerous emotional barriers.

Erica doesn’t necessarily have to be likable or even relatable. But for a protagonist to be effective, they must engage the viewer in some way. Unfortunately, Erica isn’t able to do that. And that is largely due to a lack of character development as well as being fairly detached and emotionless. Accordingly, she is difficult to connect with on any meaningful level.

Erica’s intern, Kellyn (Katie Sarife) is spunky and interesting, showing promise when she arrives on the scene to assist with the profile piece. But sadly, she doesn’t really take center stage until the final moments of the film.

Andrew J. West is a bit boring as Josiah, a descendant of the man whom Erica has been hired to profile. I suspect Josiah is supposed to come across as dark and brooding. But without any real insight into who he is, the attempts to make the character edgy and mysterious are relatively fruitless.

My final qualm is that the audience isn’t given enough pieces of the puzzle early in the film to want to see things through to the end. And sadly, even the finale doesn’t clear a lot up. The viewer is left hanging, with more questions than answers. We’re given enough information to put some of the pieces together. But it’s not enough to reward our patience for the preceding ninety minutes.

While I didn’t connect with So Cold the River, I have to give writer/director Paul Shoulberg credit for serving up stunning visuals and occasional moments of intensity. I think he has promise. But this particular effort didn’t quite win me over.

If you are keen to check the film out, So Cold the River will be available in theaters starting March 25th and on VOD beginning March 29th.

So Cold the River is visually stunning but never delivers the goods.