'Chucky' answers the question: what would happen if a killer doll showed up in Bo Burnham’s 'Eighth Grade'? 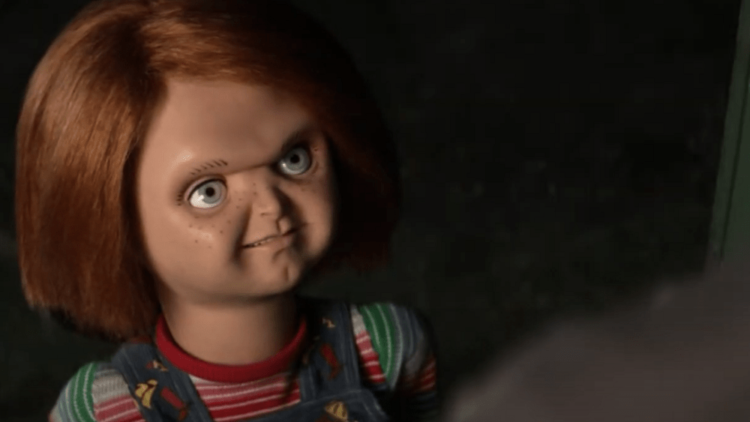 Before Annabelle stomped through the door and eradicated all sense of levity from the murderous toy subgenre, horror fans had a different buddy to hang out with: Chucky.

The quintessential killer doll franchise gets a lot of flack from the lament for being, well, a killer doll franchise. To them, this type of horror might appear like bottom-of-the-barrel, uninspired exploitation. For those of us who have kept up to date with Don Mancini’s series since the first film —1988’s Child’s Play—it was easy to guess we were in for a labour of love. SYFY’s Chucky is no IP cash grab, as was so clearly the case with that insufferable 2019 remake.

The first season of Chucky plays like the beat sheet of a traditional Child’s Play installment. This means you can expect the gory kills to be parcelled out conservatively. It leaves more room for storytelling and character-building between the acts of impressive violence. This formula has actively worked against other horror series with similar algorithms. MTV’s Scream produced its fair share of grisly murders across a precarious three-season run, however, its downtime often left much to be desired. Mancini’s Chucky avoids this kiss of death by delivering strong characters who you can root for from that first episode Billie Eilish needle drop.

The kids are not alright.

Zackary Arthur (Transparent) plays Jake, the moody final boy of the series.  Because there’s only so much carnage delt each episode, much of the series relies on Jake’s emotional beats. We feel for Jake, even if we don’t always want to. It’s impossible not to relate to his constant humiliations, traumas, and occasional moments of joy. The Chucky series took a risk giving so much responsibility to a middle schooler, but Arthur is thankfully able to keep up. While Jake delivers a memorable and tragic performance of a bullied queer kid, there’s another performance in the series which ends up stealing the spotlight.

The secret weapon of Chucky is Lexi, played thoughtfully by Alyvia Alyn Lind (Transparent). The show does a clever job of setting her up as a brutally unloveable antagonist. Over the first few episodes, Lexi’s responsible for more emotional carnage than Chucky (voiced by Brad Dourif), humiliating our protagonist Jake in inventive ways only a passionate bully could be capable of thinking up (see the second episode’s Halloween party). Torture is an art form, and Lind’s Lexi takes this to heart. She enacts permanent emotional mutilation rather than the usual homophobic assaults we’ve become accustomed to seeing. It’s refreshing. However, it’s her relationship with her younger sister Caroline that begins to showcase why this character is so important.

Caroline is often unable to vocalize what’s wrong, refusing touch and affection from her parents. But she is able to connect with her older sister Lexi, who does her best to help her little sister cope and communicate with less frustration. It’s a brilliant save the cat strategy, which sets up Lexi for heroism over the first four episodes. But what does Caroline really want? Chucky, of course.

Like Lexi, Chucky’s relationship with Caroline is also an excellent way the series allows an irreprehensible character to save the cat.  While Chucky nearly murders this child on more than one occasion (usually on accident), the conversations these two have made for some of the most charming and entertaining moments in the show. More Caroline x Chucky content, please.

Check out the series trailer:

For the horror purists, here’s your warning. SYFY’s Chucky leans into teen television territory just as hard as it leans into horror or comedy. When there’s only a kill or two per episode, you’re left with the characters to carry the weight of the show. And in the case of Don Mancini’s Chucky, those characters happen to be teens.

Making his characters stuck in preteen liminality was a risky but intelligent choice. It’s easy to comprehend why their bell-ringing is never taken seriously by the adults who surround them. Must be their imaginations, right? Or maybe it’s just some pathological need for attention? There’s a reason kids see ghosts. It’s because no one listens to them.

Chucky is a fun character-driven horror show that asks the question: what would happen if a killer doll showed up to that pool party scene in Bo Burnham’s Eighth Grade? Don’t go into this expecting the same amount of scares or carnage of the film series, because you won’t be getting that here. However, you will be getting plenty of heart, guts, and severed limbs.

Will you be checking out Chucky‘s premiere? Let me know on Twitter via @joshkorngut. I’m always down to chat about good ol’ Charles.

Chucky is a fun character-driven horror show that asks the question: what would happen if a killer doll showed up to that pool party scene in Bo Burnham’s Eighth Grade?