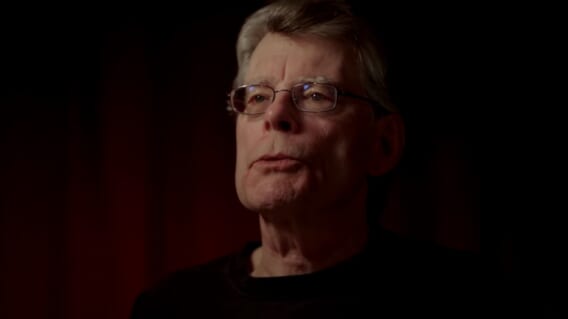 Netflix is on a roll when it comes to their Stephen King adaptations. The streamer has already realized three of King’s short stories in recent years, including Gerald’s Game, 1922 and In The Tall Grass. Now they’re getting closer to unleashing their fourth effort, and I am excited as hell.

Mr. Harrigan’s Phone is part of the recent short story collection If It Bleeds. The novella concerns a young boy who bonds with a billionaire. When the older man dies, he’s buried with an old iPhone. It’s not long before the boy starts to receive voice mails from the man in the grave. It’s a chilling work about friendship that’ll stick with you for days.

Now Ryan Murphy is finally reteaming up with Jason Blum to produce an adaptation of the story for Netflix. The pair have tapped filmmaker John Lee Hancock (The Blind Side) to write and direct. This marks the fourth Stephen King film produced by the streamer.

I have seen a close-to-finished cut of MR. HARRIGAN'S PHONE, written and directed by John Lee Hancock, and it's nothing short of brilliant. Donald Sutherland, Jaeden Martell. Netflix. This fall.

Donald Sutherland and Jaeden Martell (IT) star in the new adaptation landing this spooky season. Sutherland appears as the titular “Mr. Harrigan.” Kirby Howell-Baptiste (Barry) also joins the cast in the role of Ms. Hart.

Lastly, have you read the Stephen King short story collection If It Bleeds? If so, what did you think? Let me know on Twitter via @joshkorngut. I’m always around to chat about all things Stephen King!