Diablo Cody and Zelda Williams are pairing up to deliver one helluva horror comedy. 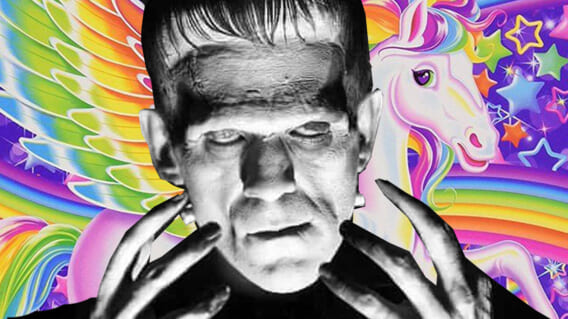 Diablo Cody returns to the horror genre with a film that’s title is a stroke of genius: Lisa Frankenstein. For those of us who grew up coveting Lisa Frank’s trademark neon-colored school supplies, this is quite possible a dream come true. Lisa Frankenstein better be full of neon colors and rainbow leopards. Aesthetics aside, the film marks the feature-length directorial debut for Zelda Williams, daughter of the late Robin Williams.

Oh, and as if we couldn’t be excited enough, it also stars Cole Sprouse (Riverdale) and Kathryn Newton (Big Little Lies).

The logline for Lisa Frankenstein is as follows:

Set in 1989, an unpopular high schooler accidentally re-animates a handsome Victorian corpse during a lightning storm and starts to rebuild him into the man of her dreams using the broken tanning bed in her garage.

Cody is known for her work on films such as Jennifer’s Body, Tully, and the Oscar-nominated Juno. Her scripts are funny, dark, and razor-sharp. With a premise like this, there’s no doubt both Cody and Williams will (hopefully) knock it out of the park.

Cody will write and serve as a producer alongside Mason Novick who will produce via his MXN Entertainment banner. Lisa Frankenstein reunites Cody and Novick who have previously collaborated on films including Tully, Young Adult, Jennifer’s Body, and Juno. Jeff Lampert will serve as executive producer. Focus Features’s Vice President of Production and Development, Michelle Momplaisir, will serve as the creative executive on the project.

Principal photography for Lisa Frankenstein is slated to begin later this summer.