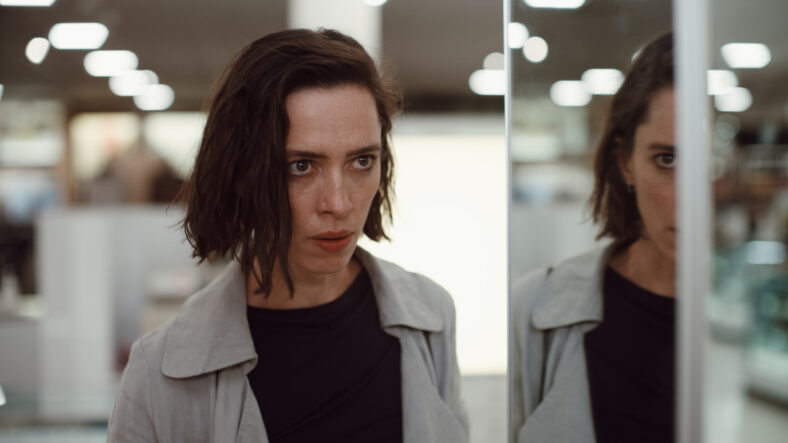 At this year’s Sundance Film Festival, screenwriter and director Andrew Seman’s Resurrection saw its world premiere. While a divisive film among critics, there’s no doubting the sheer emotional power behind Seman’s shocking sophomore feature. Rebecca Hall, always stunning, brings a career-defining performance to a movie that’s sure to divide and surprise audiences. And now the new full trailer gives us a glimpse into the madness.

Read the full synopsis for Resurrection:

Margaret (Rebecca Hall) leads a successful and orderly life, perfectly balancing the demands of her busy career and single parenthood to her fiercely independent daughter Abbie. Everything is under control. But that careful balance is upended when an unwelcome shadow from her past, David (Tim Roth) returns, carrying with him the horrors of Margaret’s past. Battling her rising fear, Margaret must confront the monster she’s evaded for two decades who has come to conclude their unfinished business.

Hall and Roth’s terrifying relationship heightens the stakes of Resurrection to nerve-shredding levels. Grace Kaufman also stars in the film as Hall’s daughter.

In his review out of Sundance, Dread Central Chad Collins said of the film:

The fear is palpable. Resurrection sheds its layers to reveal a delightfully dark and oddball examination of trauma, abuse, and the stranglehold toxic partners have over the lives of others. They possess their own center of gravity, influencing events and behaviors, even remotely. Most, if not all, of Margaret’s life is predicated around David. Her parenting, utilitarian sex life, and isolation are on account of him, even 22 years later. Resisting his grip, even after decades away, proves harder than she imagined, especially with the leverage (that I wouldn’t dare spoil here) he has over her.

Resurrection will be released by IFC Films in theaters on July 29th and on Demand on August 5th. Shudder will be the exclusive streaming home in November 2022.