‘The Invitation’ Trailer: Feast On The Blood of the Innocent at A Grand Gothic Estate

She just took a DNA test, turns out she's 100% related to vampires. 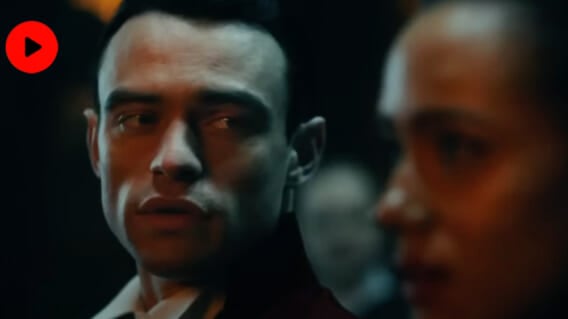 Vampires: they’re sexy, right? There’s no denying it. But what happens when you realize that you’re actually a member of a massive vampire coven? Not so sexy anymore. Or I guess it depends on how you look at things. Jessica M. Thompson explores that bizarre possibility in her new film The Invitation, a contemporary vampire tale inspired by the classic Bram Stoker’s Dracula.

After the death of her mother and having no other known relatives, Evie (Nathalie Emmanuel) takes a DNA test. She then discovers a long-lost cousin she never knew she had. He invites her to meet her newfound family to a lavish wedding in the English countryside. There, she’s quickly seduced by the sexy aristocrat host. But soon, she’s thrust into a nightmare of survival as she uncovers twisted secrets in her family’s history and the unsettling intentions behind their sinful generosity.

Watch the full trailer for The Invitation:

Specifically, the film is inspired by the brides of Dracula, the group of female vampires sworn to worship and serve their dark master. Lavishly dressed women (and men) float about the massive estate, giggling at what awaits Evie. The Invitation also gives off Ready or Not vibes, especially with the shots of Evie kicking vampire ass in a wedding gown. It’s creepy, it’s gorgeous, and we can’t wait to see it.

Emmanuel spoke with IGN about the role and said:

“(Evie) doesn’t really feel like she has anyone. And so when this kind of random, long-lost cousin happens upon her life after taking a DNA test for fun, just to be silly or just for the fun of it, it really kind of draws her in because she’s someone who is really craving family and a support network again. She gets kind of pulled into this family with really high expectations, in a way. And yeah, like you say, be careful what you wish for because they aren’t exactly what she thought they were and they would be.”