Jason Blum gets scared too. 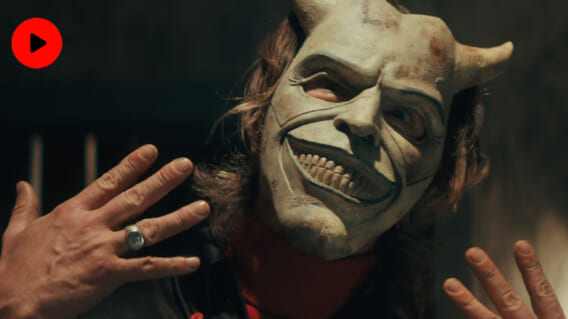 If you’ve seen a horror movie in the past fifteen years, you’ve likely seen one of his. Today Dread Central sits down with powerhouse genre film producer Jason Blum to discuss his latest shocker The Black Phone. Directed by Scott Derrickson and based on a story by Joe Hill, The Black Phone is an outrageously scary story about a child murderer, and one boy’s struggle to survive.

Jason Blum also talks to us about all things horror, including which film was the one to truly traumatize him the most in his youth. The answer may surprise you. We also break the news to the producer that his smash hit Sinister (another Derrickson effort) is no longer the scariest movie of all time, according to science.

Check out our conversation with Jason Blum right here:

Lastly, you should definitely check out The Black Phone when it’s released in theatres on June 24th. Then make sure to let me know what you thought on Twitter via @joshkorngut. I’m always around to chat about all things Blumhouse!