Check out the full line-up for the 2022 edition of the Etheria Film Festival. 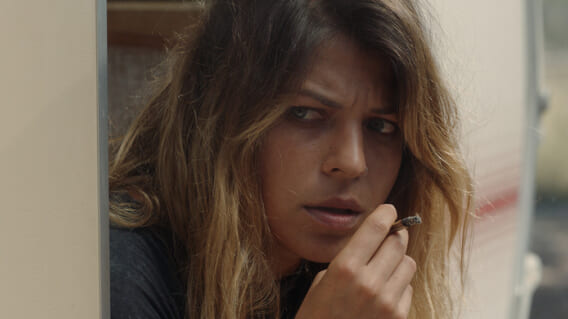 This Is Our Home

Directed by A.K. Espada (13:30 min) (Horror) (USA)
When a bleeding-heart vegan and her pragmatic roommate’s rodent infestation intensifies, they find themselves at odds regarding methods that are inhumane yet effective.

Directed by Annalise Lockhart (13 min) (Horror) (USA)
A black family in rural Vermont attempts to live a life of solitude and cope with the ghosts living on their property.

Directed by Lucía Forner Segarra (18:00) (Thriller/Horror) (Spain)
After surviving a late-night attack, Dana embarks on a mission of vengeance and violence that will change her forever.

Directed by Deanna Milligan (16:30 min) (Horror) (Canada)
At an art school in the 1990s, a young outsider embarks on a morbid quest for pure self-
expression when she creates a self-portrait for her classmates that reveals her enchantment with the grotesque.

Directed by Camille Hollett-French (16 min) (Science Fiction) (Canada)
Jade considers FREYA (her Federally Regulated Enquiry and Yield Assistant) a friend, but when a one-night stand doesn’t go as planned, Jade is forced to question FREYA and the system she represents.

Directed by Millicent Malcolm (16 min) (Horror/Fantasy) (Australia)
When a skeptical teenage girl inherits a mysterious heirloom, she must decide whether to use it to protect herself from her destructive Mother.

Directed by Mercedes Bryce Morgan (12 min) (Sci-Fi) (USA)
Based on a real Craigslist post of the same name, the film follows the story of Brian—an out-of-work, loveless loser who happens upon a job posting by an engineer looking for someone to sleep with a prototype sex robot.

“The 2022 lineup is just amazing and we’re so proud to be showing these seven films,” says
Etheria Director of Programming Heidi Honeycutt. “It looks like Shudder is stuck with us
because we’re back for the third year!”

There will be a live event in Los Angeles on June 18, 2022, at the Los Feliz Theater hosted by
the American Cinematheque, with filmmakers in person for an onstage Q and A. A separate
event will take place on July 1, 2022, in Kansas City, Missouri at the Screenland Armour theater.

“It is thrilling to be able to not only share these incredible shorts with a wide audience via
Shudder but to also have our first theater event in Los Angeles after a two-year absence with our American Cinematheque family,” says Etheria Festival Director, Stacy Pippi Hammon. “KC has also become like a second home and we are thrilled to show at Screenland Armour once again.”

Detailed information about the festival can be found on the official Etheria website at
www.etheriafilmnight.com.