There's something for everyone coming next month! 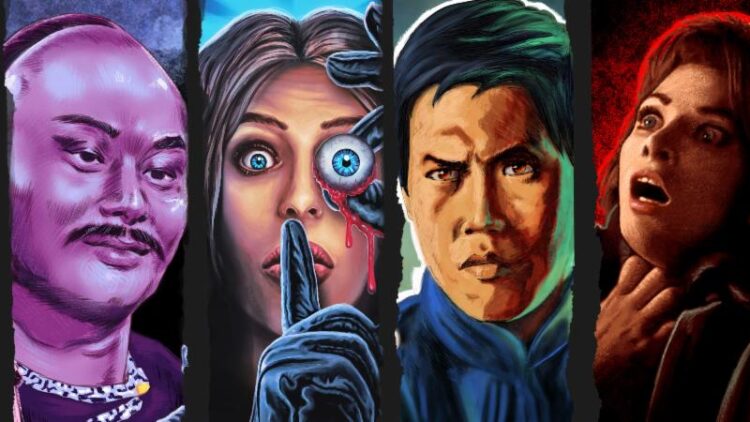 Arrow Video has announced the December 2021 lineup of their new subscription-based ARROW platform and they’ve got quite a few holiday treats in store. The December lineup starts off with the release of Maximiliano “Maxi” Contenti’s stylish neo-giallo love letter The Last Matinee. The film debuts on ARROW December 1. Then we have ARROW’s incredible seasonal offerings, with curated collections debuting every week throughout the month.

December 1 marks the premiere of The Sublime Gothic collection. It features Edgar Allan Poe adaptations, cursed crumbling castles, decaying minds and ancestral homes. Titles include Mill of the Stone Women, Your Vice is a Locked Room and Only I Have the Key, The Night Evelyn Came Out of the Grave, The Black Cat, and The Shiver of the Vampires.

The Dark Of The Matinee

The Dark of the Matinee collection, inspired by The Last Matinee, also hits ARROW on the first of the month. It contains films from across the service set in the cinema or theatre. Titles include The Last Matinee, Blood Theater, Cinema Paradiso, and Tale of Cinema.

On December 6, get ready for the Kaiju Collection. It features the best selection of the biggest and baddest giant monsters around. There are heartbroken and angry hundred-foot tall apes, enormous injustice smiting stone warriors and so much more. Titles include Mighty Peking Man, Gamera vs. Viras, Wrath of Daimajin, and 100 Monsters.

The 12 Slays Of Christmas

Then, in the run-up to Christmas Day, ARROW offers up an absolute gift of a curated season starting December 14 for The 12 Slays of Christmas. Titles include: The Stylist, Threshold, A Ghost Waits, Jumbo, Man Under Table, Sleep, Video Nasties, Gwilliam, The Bloodhound, Heavy Trips, The Hills Have Eyes, and Society.

December 20 closes out 2021 with ARROW’s release of The Brian Lonano Collection, Volume 2. This is a curated line-up of mind-bending shorts from ARROW contributor, Brian Lonano. His second collection of stability shredding shorts takes you to insanity and beyond! There are 8-bit beats-dropping moon ghosts, giant killer robots, Absinthe-fuelled spectral transmissions from beyond the veil and even a head-thieving witch. Titles include 8bit Ghost Hop, Attackazoids!, Attackazoids, Deploy!!, Casket Climber Insect God, Electrical Skeketal, Martian Precursor, Welcome to Dignity Pastures, Memorial, Don’t Lose Your Head and The Transmission.

Check out the full line-up below: