Self-proclaimed horror nerd Lydia Hearst discusses her new film and what it's like to make a horror movie. 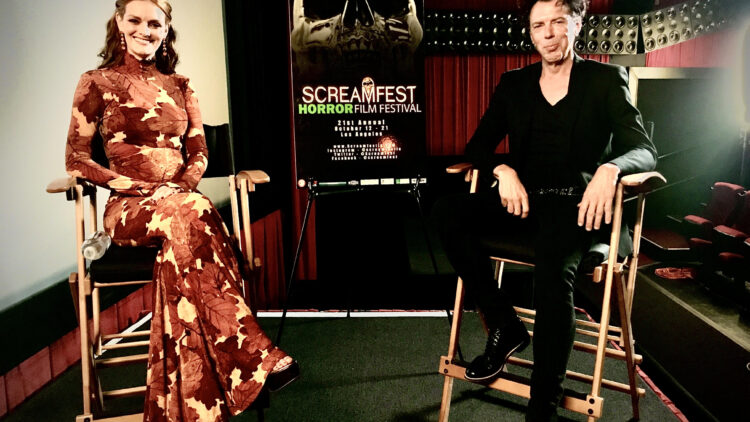 Sean Decker of Dread Central sat down with actress Lydia Hearst of the Screamfest feature selection Aileen Wuornos: American Boogeywoman to discuss the film’s US Premiere. Check out the video for an exclusive peek.

Watch the interview with Lydia Hearst:

Aileen Wuornos: American Boogeywoman explores a little-known chapter in the life of America’s most notorious female serial killer. It follows 21-year-old Aileen (List) when she arrived in Florida attempting to escape her tragic past. She then marries a wealthy yacht club president Lewis Fell (Bell). He offers her the chance to become part of Florida’s high society. Ultimately, the victimized Aileen surrenders to her murderous impulses and wreaks havoc on the peaceful seaside community of Deland, Florida.

For more on Screamfest LA (which runs through October 21st) and to purchase tickets, you can visit the festival website.

Stick around! We’ve got more exclusive video, including chats with many of the filmmakers whose films have been selected for 2021 coming soon.