Steven Kostanski says that getting a sequel off the ground takes time, but he's working hard to make it happen. 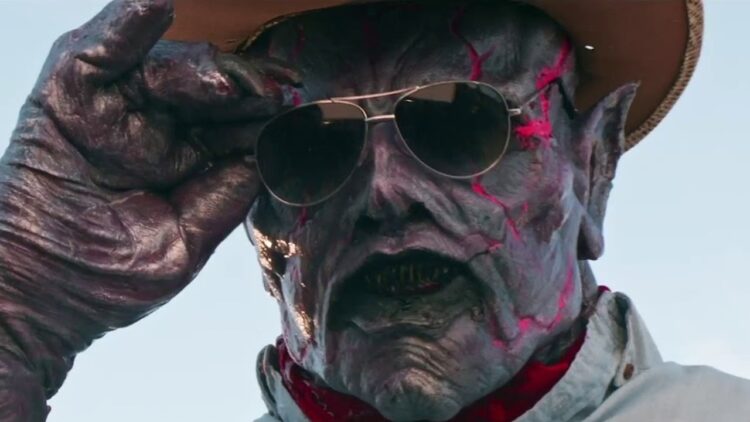 If Psycho Goreman left you wanting more of its absurdist blend of horror-comedy, there may be hope on the horizon. Director Steven Kostanski has indicated that he already has a sequel in his sights.

Back in January, Kostanski told Dread Central, “I could make a sequel to any one of my movies, for sure. But I’d really like to do follow-ups to PG, and it seems like it’s within the realm of possibility. It’s certainly a big enough universe.”

Now, Kostanski has confirmed, in conversation with Bloody Disgusting on its The Boo Crew Podcast, that he’s made some moves to get a Psycho Goreman sequel into production.

“I want to follow that up with something that delivers,” Kostanski told BD. “And so the more people love the movie and want more from it, the more I’m like ‘Oh shit, I’ve gotta deliver a thing.’ And I’m trying. I’m working on it.”

Kostanski adds that “[i]t’s surprisingly complicated, trying to get this off the ground.” Issues surrounding the rights to the film and its characters are also an extra hurdle he’ll have to clear before a sequel can go before cameras. For now, he says he’s “[j]ust trying to make all the things line up, and also just find the time to sit down and write the damn thing. I hope to get something going soon.”

While Kostanski puts the pieces in place for another movie, he also has a Psycho Goreman comic book in the works. The 65-page piece will be published by Montreal-based Lethal Comics, and has a Kickstarter that fans can check out now.

“That should whet people’s appetite for PG in a pretty satisfying way,” Kostanski says. “It’s an anthology comic that is kind of referencing those Star Wars anthology novels from the ’90s. This is like all the stories that the Galactic Council has, with all their near misses with PG. It takes place during the movie. It’s like the Council is sitting there waiting for stuff to happen with Pandora, and they’re all passing the time. Each character goes off on a crazy wild story.”

Love Psycho Goreman‘s eponymous alien? Watch how it was made inside the creature shop: