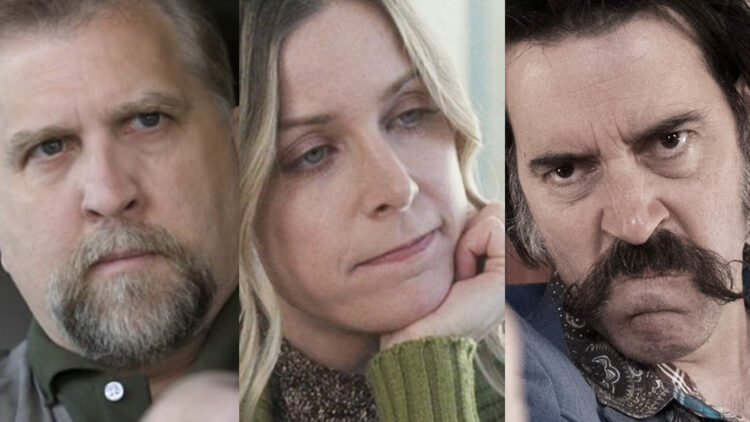 After a long period of speculation, we finally have cast confirmation for Rob Zombie’s upcoming reboot of The Munsters.

Zombie took to Instagram yet again this morning to share the latest update for his in-development adaptation of the 1960s NBC sitcom The Munsters. Now he’s shared an image for three previously unannounced cast members sitting in front of the recently completed 1313 Mockingbird Lane.

The new photograph confirms that Sheri Moon Zombie (The Devil’s Rejects) is playing matriarch Lily Munster. No surprise here, since Moon has been cast as a lead role in nearly every Zombie project to date. Her wig and costume are perfectly reminiscent of previous Lily Munster character designs, in line with all of the other Munster updates Rob Zombie has shared since pre-production began early this summer.

Jeff Daniel Philips (The Lords of Salem) is also on full display as Herman Munster, whose clay-sculpted headpiece had been previously shared via Rob Zombie’s Instagram. Philips is another unsurprising casting choice, as he’s been in at least four previous Zombie joints since 2009’s Halloween II. The actor found his start as a caveman in those popular (and very weird) GEIGO ads from the 2000s.

And finally, we’ve got Daniel Roebuck (3 From Hell) in a highly impressive Count/Grandpa Munster getup. Another RZ favorite, Roebuck has appeared in at least five of the director’s projects, starting with the character of Morris Green in The Devil’s Rejects.

Check out the official image here:

Lastly, The Munsters will head to theaters and streamer Peacock sometime in 2022.