The writers are still working on story arcs and new set pieces, but we know now that it'll jump ahead in time. 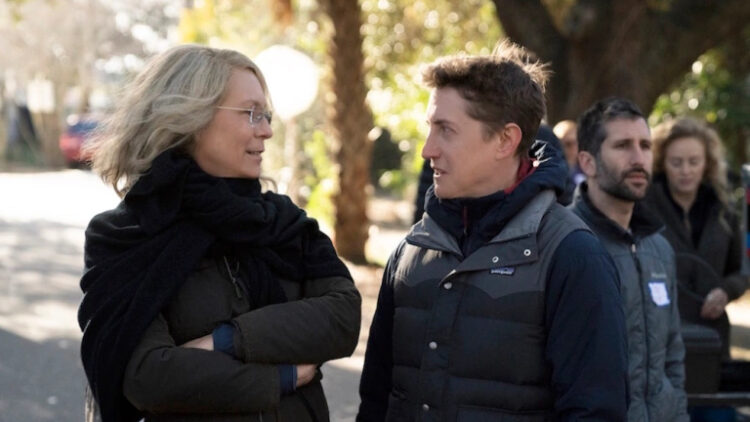 From 2018’s Halloween to the just-released Halloween Kills, the passage of time has been a key theme of David Gordon Green’s Halloween films. The retconned first film in Green’s trilogy-in-the-making is set 40 years after the events of John Carpenter’s original classic, and Halloween Kills follows its traumatized protagonists right from where that film left off. But how will that timeline will play out in Green’s impending final chapter, Halloween Ends?

Speaking with Collider, Green revealed that Halloween Ends will move the series’ chronology four years into the future. Green explains:

“There is a time jump. It gets back onto a contemporary timeline, so it’ll jump four years.”

Green also shared how the scripting stage for Halloween Ends has been going with co-writers Paul Logan and Chris Bernier.

“We always try to bring new voices into the mix,” he continues. “They poke holes in our story and they played devil’s advocate and they bring new ideas and new reference points. This weekend, I was rampaging on a new pass of it, but we start prep in two weeks. So, they’re wanting me to lock in something more definitive, which I think we’ll be in good shape for that to shoot in January. The script’s in great shape. It’s just a matter of committing to certain paths and characters and constructing new set pieces.”

Asked about where the series will go next after Halloween Ends, Green admits that he’s somewhat uninterested.

“My ego says, ‘Create something that is a four-part series beginning with Carpenter’s 1978 film, and then our follow-up trilogy,'” Green explains. “I’m sure the mythology takes over and Michael and Laurie will emerge in some new capacity with some new filmmaker behind them. But for me, I’ll be done. I hope they’ll take a little time off before they resuscitate it. But that’s just my ego.”

Halloween Kills opened in theaters and on Peacock today.