'Val's Misha Reeves sat down with Dread Central to discuss the film, lingerie, 'Scream,' and more. Watch the interview now! 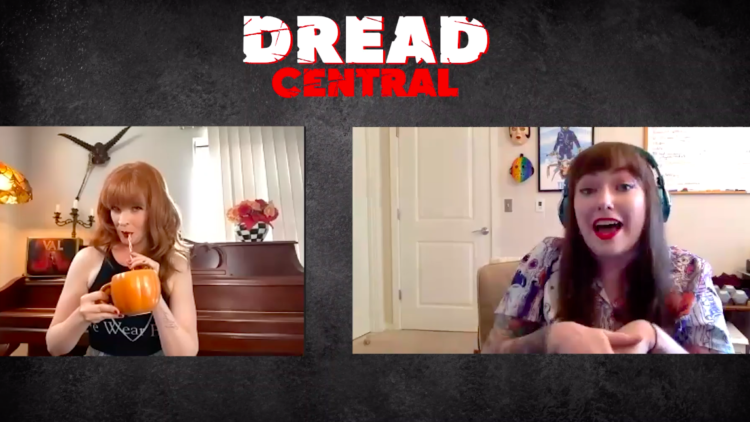 In Dread Presents’ latest film Val, Misha Reeves plays the titular character, a demon moonlighting as an escort. She lives in a giant mansion where her clients come to receive whatever earthly desires they so crave. But, then, Finn (Zachary Mooren), a criminal on the run, breaks in, unaware of just whose house this is. As Val slowly reveals her true identity, Finn realizes he chose the wrong house to take shelter in.

Reeves plays the character of Val to camp perfection, channeling classic Hollywood beauties with a psychotic twist. Plus, she has an absolutely killer wardrobe of stunning lingerie pieces that really hit home that degraded starlet vibe.

Dread Central sat down with Reeves to discuss the film, as well as her acting influences. She recounts seeing Scream for the first time as a pre-teen, and how that film made her realize she wanted to work in horror.

Val is directed by Aaron Fradkin. This is his third feature, which he co-wrote with Victoria Fratz. They previously collaborated on their 2018 film Electric Love.

Val is currently streaming on VOD and comes to Blu-ray on November 2.