The Official Trailer For ‘Scream’ Is Here

At long last, we have brand new footage from the next chapter of the iconic franchise. 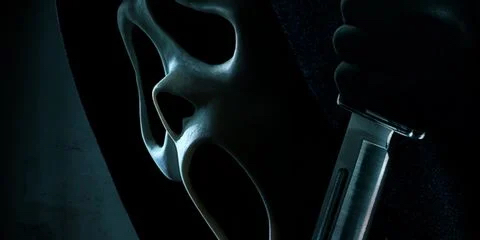 Yesterday, Scream executive producer (and writer of the 1996 original) Kevin Williamson tweeted a teaser video to hype up the arrival of the new movie’s official trailer. Now, it’s finally here, and loaded with brand new footage from the fifth installment of the meta slasher saga.

Watch the trailer below:

The new trailer for Scream shows old characters coming together with a new generation of survivors to identify the killer. At one point, new final girl Samantha says that all of the new victims were related to the previous franchise victims. Could the killer be Stu? We’re holding on hope that it’s Stu.

This new spot comes three months out from Scream‘s January 14, 2022 theatrical release. Plot details have been kept hidden by all involved. But we did get a wealth of images and behind-the-scenes stories from the cast in Entertainment Weekly‘s first look feature to tide us over.

Now, we have an official synopsis:

“Twenty-five years after a streak of brutal murders shocked the quiet town of Woodsboro, a new killer has donned the Ghostface mask and begins targeting a group of teenagers to resurrect secrets from the town’s deadly past.”

What do you think of the first trailer for Scream? Let us know in the comments below or on Facebook, Twitter, or Instagram. Dread Central is now on Google News.