The two titles are just the tip of the iceberg for the horror platform's hefty October lineup. 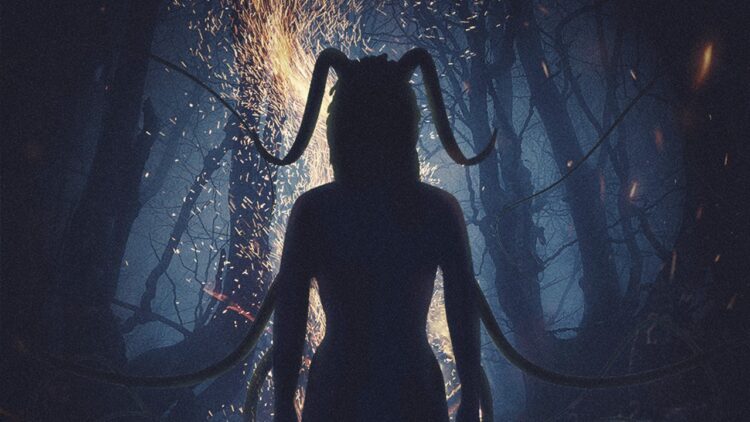 Arrow Video is excited to announce the October 2021 lineup of their new subscription-based ARROW platform, available to subscribers in the U.S., Canada, the UK, and Ireland.

The October lineup leads with the ARROW release of Chad Kinkle’s sophomore feature Dementer, available to subscribers in the US, Canada, the UK and Ireland. Raw and unsettling, Dementer is a brave and unflinching story of lives lived on the fringes of society, and a battle with demons inside and out. Shot on real locations with many non-actors playing versions of themselves – including Kinkle’s real-life sister Stephanie—Dementer is a deeply personal genre film with an emotional punch that lingers long after the credits have rolled. The film will debut on ARROW October 1st.

ARROW Stories will be home to a number of exclusive extras for Dementer, including several audio commentaries with director Chad Crawford Kinkle and the cast, The Making of Dementer, a brand-new in-depth look behind the scenes of how and why the film was made and In the Words of Larry, a new interview with actor Larry Fessenden discussing his role in Dementer and what drew him to the project.

Synopsis:
Fleeing from a cult that has left her scarred both physically and mentally, Katie (Katie Groshong, Jug Face, A Measure of the Sin) is keen to get her life together. On her path to recovery, she takes a job in a care centre supporting adults with special needs, among them Stephanie (Stephanie Kinkle), a woman with Down Syndrome. Convinced that the “devils” are coming for Stephanie, and tormented by flashbacks of her experience within the cult and with their leader Larry (Larry Fessenden, The Dead Don’t Die, Habit), Katie takes increasingly extreme measures to ward off the evil that is making Stephanie sick. But what if her rituals are doing more harm than good?

Ahead of the ARROW bow of his latest film, Kinkle shared, “The idea for Dementer came from my desire to build a horror film around my sister Stephanie, who has Down syndrome. I wanted to go through this journey with her and see what type of experience it would be like to create a film like this and also to see what kind of film it would make.”

October 1st’s Seasonal offerings kicks off with The Shocktober 31. 31 days, 31 movies. This October ARROW is bringing back the infamous Shocktober 31 and highlighting some of their favorite horror titles streaming on ARROW each day. From classic bloody chills to new thrills, the lineup changes daily so you won’t need to spend hours scrolling for your fright fix this Halloween season.

Titles include: Dementer, Threshold, Kolobos, Beyond the Door, Dark Water, The Woman, Audition, Ringu, Deep Red, The Hills Have Eyes, The Stylist, The Mutilator and more. Also launching on October 1st is Shocktober Essentials. This Halloween, ARROW is bringing home a devilishly curated selection of twelve must-watch collections with our Shocktober Essentials. All treats, no tricks.

October 4th will debut Clive Barker’s Rawhead Rex (US), following a hulking, ancient demon as it tears a bloody swathe across the Irish countryside.

October 8th’s Season goes to the ghouls with Monster Mash: a suitably spooky offering of five Japanese monster movies. Titles include: 100 Monsters, Along with Ghosts, Spook Warfare, The Great Yokai War, The Snake Girl and the Silver Haired-Witch.

Also on October 11th is a Seasonal celebration of the Godfather of Gore with Maestro of the Macabre: The Films of Lucio Fulci. From eye-gouging horrors to demonic mayhem, plus a twisted take on the classic Italian Western, ARROW is ready to unlock the gates of Hell to unleash a brand of Italian terror that you’ll never forget! Titles include: Demonia, Zombie, Aenigma, Massacre Time, Manhattan Baby.

October 15th heads to the Amazon for a Season of tropical terror with Welcome to the Jungle. Titles include: Emanuelle and the Last Cannibals, Robowar, Killer Crocodile, The Annihilators.

October 22nd caps off the month, heading straight towards Halloween with a celebration of death and gore with Zombie 4 (US/CA) and 1982’s Death Screams (UK/US/CA/IRE), a body count-heavy, long-overlooked slice of Southern-fried hack-and-slash. Lovingly restored from the only-known existing 35mm print, this little-seen slasher classic is ready to carve its way into the bleeding hearts of horror fans everywhere!

On October 22nd, ARROW honors the reason for the season with a look back at a number of horror classics in the final Season of the month: Behind the Screams. Behind the Screams is a curated lineup of deep-diving docs that will dish dirt and drop knowledge on everyone and everything from The Texas Chainsaw Massacre to Ken Russell’s The Devils to Hellraiser and beyond. Titles include: Ban the Sadist Videos, Texas Chainsaw Massacre: The Shocking Truth [Synopsis Below], Hell On Earth: The Desecration and Resurrection of Ken Russell’s The Devils, Phil Tipett: Mad Dreams and Monsters, Fulci for Fake.

Synopsis:
In the scorching summer of 1973, a group of young Texans produced a drive-in flick that would change the face of horror and become one of the most notorious pictures ever filmed. But there are many hidden levels: the distant inspiration of the Ed Gein legend, the political climate, the new independent American cinema, the funky, nauseating shoot which drove the participants to the brink of sanity, the distribution deal that made somebody a lot of money, but not the filmmakers, the creation of a cult classic which still holds as much power today as it did nearly 50 years ago. Texas Chainsaw Massacre: The Shocking Truth features interviews with every major principal (including Tobe Hooper, Kim Henkel, Wayne Bell, Robert Burns, Marilyn Burns and Gunnar Hansen), visits locations, talks to experts, covers the sequels and examines the ongoing effect Texas Chainsaw Massacre has on fans and creators.

Head over to ARROW to start your 30-day free trial. Subscriptions are available for $4.99 monthly or $49.99 yearly.

ARROW is available in the US, Canada, the UK and Ireland on the following Apps/devices: Roku (all Roku sticks, boxes, devices, etc), Apple TV & iOS devices, Android TV and mobile devices , Fire TV (all Amazon Fire TV Sticks, boxes, etc), and on all web browsers at https://www.arrow-player.com.

ARROW Essentials curates collections based on genre, decades and themes; and ARROWStories takes a fresh look at the world of film and TV with exclusive documentaries, interviews and video essays diving deeper into the many curated seasons and titles on the platform for a richer and deeper viewing experience.

With a slickly designed and user-friendly interface, and an unparalleled roster of quality content from westerns to giallo to Asian cinema, trailers, Midnight Movies, filmmaker picks and much, much more, ARROW is the place to go for the very best in on-demand entertainment.

Are you an ARROW subscriber? What are you most looking forward to streaming in October? Let us know in the comments below or on Facebook, Twitter, or Instagram! You can also carry on the convo with me personally on Twitter @josh_millican. Dread Central is now on Google News!