The message of this final 'Halloween Kills' trailer is clear: Laurie and the rest of Haddonfield are through with being Michael Myers' prey. 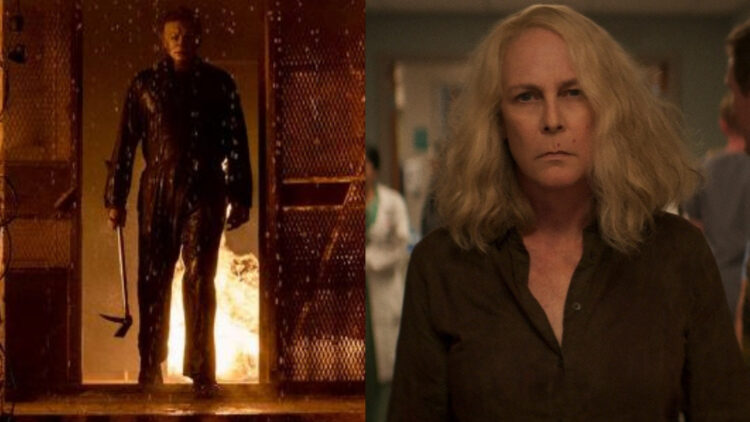 “He’s coming for me, but I’m coming for him,” says Laurie Strode (Jamie Lee Curtis) as she prepares to take on Michael Myers (James Jude Courtney and Nick Castle) in the latest Halloween Kills trailer.

This is the final trailer we’ll see until the follow-up to David Gordon Green’s 2018 Halloween hits theaters and Peacock next month. Much has been made of how Halloween Kills will pit Michael Myers against an entire mob of townspeople, and this new footage teases some of that impending action. In one shot, a growing group of fed-up citizens gather outside Haddonfield Memorial Hospital, chanting, “Evil dies tonight!”

Fans are also treated, here, to callbacks from John Carpenter’s 1978 Halloween. As Laurie continues her rallying cry to fight back against The Shape, three “then and now” shots of Lindsey Wallace (Kyle Richards), Nurse Marion Chambers (Nancy Stephens), and Tommy Doyle (Anthony Michael Hall) are shown in split-screen. “Forty years ago, the Boogeyman came for us. We are the survivors of Michael Myers,” Laurie intones in her voice-over narration.

The message is clear: Laurie and the rest of Haddonfield are through with being Michael Myers’ prey. They’re ready to face him down together, and Laurie is determined not to rest until he’s vanquished for good. Accordingly, Laurie lets everyone know: “I want to take his mask off, and see the life leave his eyes.”

Watch the trailer below:

In case you missed it, here’s the official synopsis for Halloween Kills:

“The Halloween night when Michael Myers returned isn’t over yet.

“But when Michael manages to free himself from Laurie’s trap, his ritual bloodbath resumes. As Laurie fights her pain and prepares to defend herself against him, she inspires all of Haddonfield to rise up against their unstoppable monster. The Strode women join a group of other survivors of Michael’s first rampage who decide to take matters into their own hands, forming a vigilante mob that sets out to hunt Michael down, once and for all. Evil dies tonight.”