These new images and poster give a sampling of GDT's singular twist on the dark noir genre. 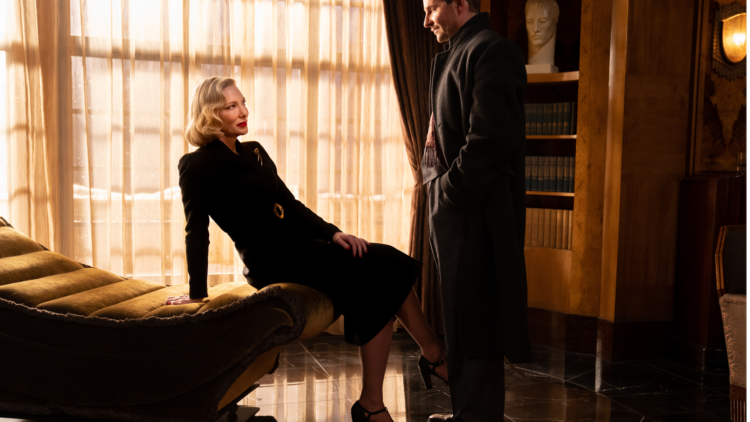 With awards season just around the corner, it’s as good a time as ever to take a stroll into Guillermo del Toro’s long-awaited Nightmare Alley. The academy-award-winning filmmaker’s latest effort is a dark noir-thriller; no supernatural or fantastic elements here.

Check out some the gorgeous first look images

When asked if audiences might misread his film ahead of time, del Toro didn’t mince words.

“That is a distinct possibility,” the creative says to Vanity Fair. “It has happened to me in the past with Crimson Peak, where people went in expecting a horror movie. I knew it was a gothic romance but it was very difficult to put that across. But yes, this has no supernatural element. It’s based completely in a reality world. There is nothing fantastic. It’s a very different movie from my usual, but yes, the title and my name would create that.”

In Nightmare Alley, Bradley Cooper stars as a former carnival magician. His life is turned around when he suddenly finds himself a successful nightclub performer. He scams the big city nightlife crowd by pretending to be a powerful mind reader, using the skills he picked up as a carnie magician. Enter Cate Blanchett who tries to foil his dangerous rouse, before becoming embedded in his crimes herself. Expect deception, violence, death —you know— the fun stuff.

The new GDT joint is based on a 1946 Nightmare Alley novel written by William Linsday Gresham, and has already been adapted for the screen once in 1947. But don’t get it twisted darling, this new film is an adaptation of the novel and not the Tyrone Power vehicle from the 40s. Screenwriter Kim Morgan was deeply inspired by the novel itself, which was introduced to her by del Toro and long-time collaborator Ron Perlman (Hellboy).

“From the beginning, our interest was to go for the novel, but it’s almost impossible to adapt because it has a very kaleidoscopic, very peculiar voice. You would need a six-hour miniseries and shifting points of view, and this and that,” del Toro says. “We started from the novel, and didn’t want to do a remake as much as a new adaptation.”

Check out the Nightmare Alley poster

Lastly, will you be checking out Guillermo del Toro’s latest Oscar bait, Nightmare Alley? Let me know on Twitter via @joshkorngut! I’m always down to chat about anything GDT related. Just try me.