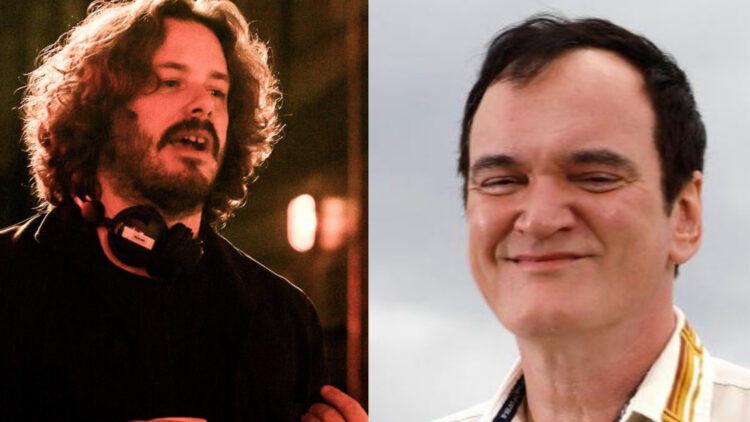 Throughout their years as close friends, Edgar Wright and Quentin Tarantino have often influenced each other’s work. And most recently, according to Wright, Tarantino even gave him the idea for the title of his latest film.

In a new interview, Wright told Total Film that his psychological horror feature, Last Night in Soho, got its title from a song that Tarantino insisted he listen to.

“In Death Proof, Quentin uses a Dave Dee, Dozy, Beaky, Mick & Tich song, ‘Hold Tight’,” Wright explains. “I was talking to him about that song and that band, and he said, ‘Have you ever heard “Last Night in Soho?”’ He played it for me, and he goes, ‘This is the best title music for a film that’s never been made.’”

Before Wright listened to the song, he considered Red Light Area and The Night Has a Thousand Eyes as tentative titles. (The former felt too similar to the Cillian Murphy-starring Red Lights, and the latter, he discovered through an IMDb search, was already taken.)

“I’d heard this song and it was great, so it was staring me in the face,” Wright continues. “[But] Quentin was deep into Once Upon a Time… in Hollywood, so I hadn’t really had time to tell him.” Tarantino didn’t find out that Wright had decided to use the title until he read about it in the trades.

By that point, Tarantino confessed to something else—that in fact, it was Gas Food Lodging director Allison Anders who had first proclaimed that “Last Night in Soho” ought to be the title track for a movie. So, when you see both Tarantino and Anders thanked during Last Night in Soho‘s end credits, now you’ll know why.