To celebrate the release of 'Bad Candy' we've assembled a list of must-stream horror anthologies! 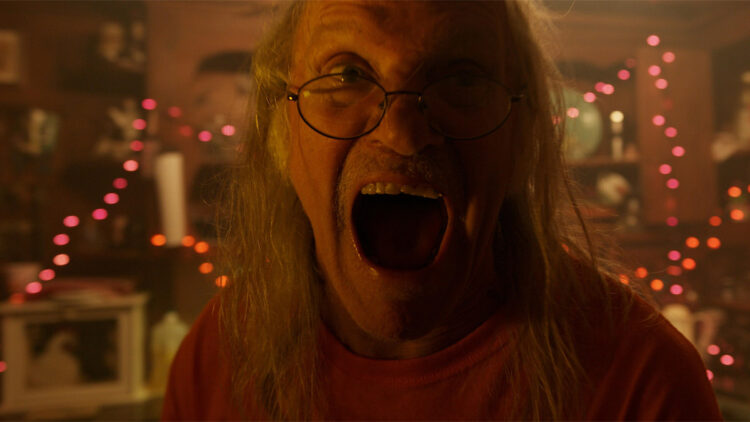 My absolute favorite type of Halloween movie is always a good horror anthology. With that said, I’ve already made room on my Blu-ray shelf for Bad Candy, Dread’s latest cornucopia of terror starring Slipknot’s Corey Taylor!

While there’s still plenty of time, it’s never too early to begin planning out a Halloween watch list, although I’m sure you’ve already got that October spreadsheet just rearing to go. Without further adieu, here’s a rundown of 10 must-watch horror anthologies to get into the Halloween mood. Guaranteed.

Body Bags is a 1993 made-for-tv horror anthology starring some real big names. It features appearances by John Carpenter, Wes Craven, Tobe Hooper and even Sam Raimi. This little DTV experience was intended to be an entire television series, but things rarely go according to plan.

Standout Segment: The Gas Station is one of the most criminally underseen works by director John Carpenter, and it’s SCARY AS HELL. Why don’t more horror films take place at gas stations?

The V/H/S series is a gift to horror fans. And V/H/S 2 via 2013 has at least two stories worth the price of admission alone. A Ride In The Park by Eduardo Sánchez and Gregg Hale is a standalone classic. It follows a couple who take a pleasant afternoon bike ride through the woods with deadly consequences. This short hails from the team who brought us the original Blair Witch Project.

Standout Segment: Safe Haven by filmmakers Timo Tjahjanto and Gareth Evans. This final chapter in V/H/S 2 will stick with you for the rest of your life, guaranteed. Safe Haven showcases the radical genre work hailing from Indonesia, and will you lead you down one of cinema’s wildest rabbit holes. I won’t give anything about this story away. Watch it.

TALES FROM THE CRYPT

Long before the 1990 HBO series, there was a Tales From the Crypt film adaptation from Britan’s Amicus Horror Productions. This bizarre horror anthology featured a less-than-frightening iteration of the Crypt Keeper, but don’t let that scare you away. This 1972 movie was the first mainstream adaptation of the EC horror comic series, and it still packs a painful punch.

Standout Segment: …All Through The House is not only the standout chapter, but also by far the most famous. Featuring Joan Collins in one of her most iconic roles (which is saying something), this grisly Christmas story will make you look at Santa in a whole new light.

Three… EXTREMES is a 2004 sequel to the horror anthology Three. This title is a collection of three stories hailing from Hong Kong, Korea, and Japan, respectfully. Iconic genre filmmakers Fruit Chan, Park Chan-wook, and Takashi Miike up the anti with this predecessor, a rare example of when a sequel bests the first entry. Not for the faint of heart, that’s for sure.

Standout Segment: Dumplings from director Fruit Chan is an unforgettable delicacy about an aging actress who turns to disturbing solutions in order to stay appearing young. This title was also adapted into a feature film soon after the release of Three… Extremes, but this version is still the most enduring of the two.

Creepshow barely needs an introduction. This 1982 horror anthology is directed by George A. Romero and written by Stephen King, who also makes more than just a cameo in one of the entires. Paying perfect homage to 1950s horror comics like Tales From the Crypt and The Vault of Horror, this mean little anthology is worth watching every year.

Standout Segment: Father’s Day will always be my unequivocal favorite from the Creepshow batch. Offering an infallible blend of fear and funny, Father’s Day is coming for you. Better get the cake ready! Did you hear me? I WANT MY CAKE!

In 1995 Spike Lee produced this horror anthology from filmmaker Rusty Cundieff. Tales from the Hood showcases four scary stories, each of which are thematically centered on issues faced by Black Americans. Themes include police brutality, racism, gang violence, and domestic abuse. While there is tons of comedy, this underappreciated classic is undoubtedly scary as hell. Don’t sleep on it.

Standout Segment: KKK Comeuppance is a great example of why this anthology is so memorable. Paying homage to Trilogy of Terror, this chapter is so much more than a killer doll segment. Scary, rewarding and altogether strange, KKK Comeuppance is one of the best shorts on this entire list.

One of the hardest components to nail in an excellent horror anthology is an interesting and cohesive wraparound. Southbound manages to craft an elegant and scary throughline into a way above average collection of scary roadside stories.

Standout Segment: The Way Out is a dark and esoteric first-to-bat chapter about two men on the run from strange floating entities hellbent on revenge. It’s also directed by Radio Silence who went on to create 2019’s smash hit Ready Or Not. The duo is responsible for helming the upcoming Scream reboot, which is a promising sign…

Undeniably an absolute blast, Trick ‘r Treat is one of the most lovingly made Halloween movies ever produced. While this film isn’t exactly an anthology, it neatly folds together its handful of Halloween night adventures, until collapsing itself into a terrifying and perfectly crafted final chapter. Will Trick ‘r Treat 2 ever see the light? I’m really asking…

Standout Segment: I’m not sure if the Halloween School-Bus Massacre is a segment you could get away with making today. But boy-oh-boy is it one hell of a ride. Unlike most titles on this list, Trick ‘r Treat connects all of its chapters with elegance and ease. The way this story reaches into the finale is chilling. Definitely a once-a-year viewing.

Ryan Spindell’s 2020 Shudder release became an instant Halloween classic and don’t try to tell me otherwise. The writer/director had initially hoped to get the rights to make a Tales from the Crypt or Creepshow film. When IPs proved too persnickety to nail down, he went ahead and created his own. The Mortuary Collection is a genre blast from start to finish. We can’t wait to see what Spindell conjures up next.

Standout Segment: While it’s a short one, the first chapter in this collection is my favorite. Known only as Segment 1, this 1950s-set one-hander is a full-blown jaw-dropper.

The final slot on this list is proudly presented to a Dread Presents original title! In Bad Candy, radio DJs Chilly Billy (Slipknot’s Corey Taylor) and Paul (Zach Galligan) tell a twisted anthology of terrifying local myths. Best believe that the residents of New Salem experience horrifying paranormal encounters that lead them to a grim end… Bad Candy is written and directed by Scott B. Hansen and Desiree Connell.

Standout Segment: Let’s just say there’s a mortuary worker who gets a little too close with her clients in one of the wildest moments this Halloween haunt has to offer.

Check out the trailer for Bad Candy, released on VOD today from Dread!

Lastly, how many of these must-watch horror anthologies have you seen? And which slighted collections deserve a spot on a possible sequel list? Let me know on Twitter via @joshkorngut. I’m always down to discuss horror anthologies.