In advance of the small-screen premiere of 'Chucky' coming this October, the producers have released some brand new images. 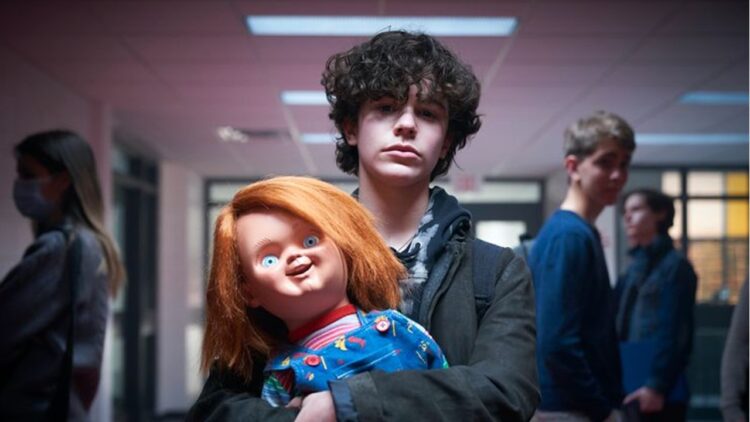 We’re less than a month away from the television debut of Don Mancini’s new Child’s Play series. Look for Chucky to debut on Syfy and USA on October 12.

Today, two new images from Chucky have been revealed. Check them out below:

In case you missed them, here are the trailer and synopsis for the upcoming series:

Synopsis:
Before Annabelle of the Conjuring movie series, there was another terrifying doll. After a vintage Chucky doll turns up at a suburban yard sale, an idyllic American town is thrown into chaos as a series of horrifying murders begins to expose the town’s hypocrisies and secrets. Meanwhile, the arrival of enemies and allies from Chucky’s past threatens to expose the truth behind the killings, as well as the demon doll’s untold origins as a seemingly ordinary child who somehow became this notorious monster.

Are you a fan of Chucky and the Child’s Play franchise? What do you think of these new images? Let us know in the comments below or on Facebook, Twitter, or Instagram! You can also carry on the convo with me personally on Twitter @josh_millican. Dread Central is now on Google News!