The director of the Loki TV series has expressed interest in making a slasher film about Miss Minutes. 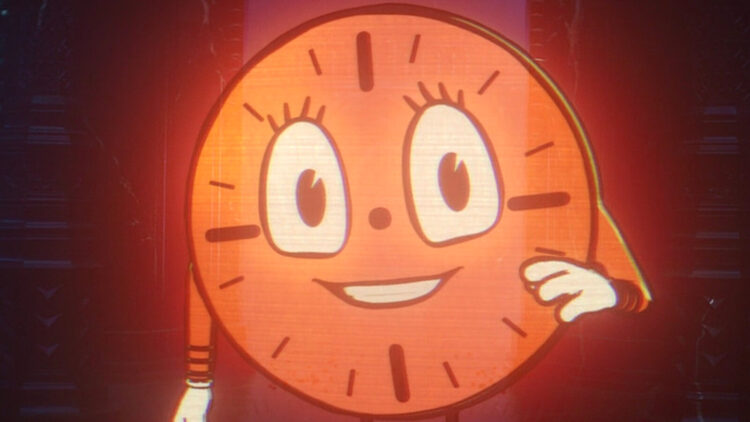 In an interview with The Hollywood Reporter, Loki director Kate Herron revealed that she would like to direct a slasher film about Miss Minutes, the anthropomorphic talking clock who appeared throughout the Disney+ series. When Herron was asked by THR about the possibility of making a slasher film featuring Miss Minutes as the villain, she replied “I would love to! That would actually be my dream.”

While this was clearly intended as a joke since the interviewer found Miss Minutes to be terrifying, there are probably countless fans who really would love to see a slasher movie with Miss Minutes as the killer. After all, while Loki is a family-friendly show, Miss Minutes is still an incredibly creepy-looking character. With her bulging eyes and her menacing smile, we’re now convinced that she must have been specifically designed to haunt our nightmares.

In the first season of Loki, Miss Minutes serves as the mascot of the Time Variance Authority, an organisation which protects the flow of time by preserving the Sacred Timeline. While she resembles a hand-drawn character, it was revealed in an interview with VFX supervisor Brad Parker that she was created entirely through CGI. On the other hand, when asked by Loki in the second episode if she was alive or simply a recording, Miss Minutes replied that she was a mixture of both, although we later learned that she was actually created by the villain known as He Who Remains. Voiced by Tara Strong, Miss Minutes speaks with a thick Southern American accent, something which has now become a defining aspect of the character.

While Miss Minutes did not have a huge amount of screen time throughout the first season of Loki, she still proved to be incredibly popular with fans and has already become one of the most recognisable original characters to have been introduced in the show. Disney even gave Miss Minutes her own poster to help promote Loki, and we can probably expect tons of merchandise focusing on the character to soon be arriving in stores.

To be honest, the idea of a slasher movie featuring Miss Minutes as the villain does not seem entirely outside of the realm of possibility, since we know that she will do absolutely anything to protect the Sacred Timeline. So it really is not hard to imagine her brutally murdering anyone who she felt was attempting to disrupt the flow of time, and even the most powerful beings in the Marvel Cinematic Universe would not be safe from her wrath. Either way, the first season of Loki is now streaming on Disney+, and a second season is already being produced by Marvel Studios.