The famed, Chicago-based film critic was unable to connect with these iconic horror pictures. 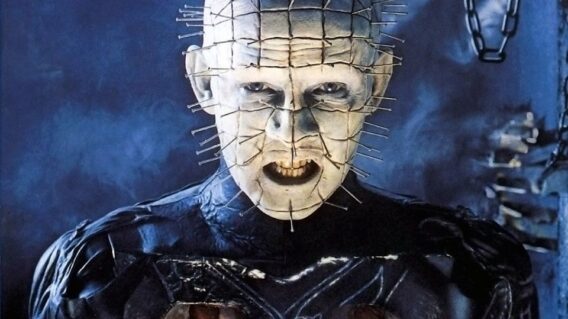 The late Roger Ebert was a cinematic scholar whose passion and knowledge about film continue to live on beyond his passing in 2013. But for one reason or another, the Pulitzer Prize-winning critic wasn’t always the biggest champion of the horror genre. He and his long-time cohost, Gene Siskel even dedicated an entire episode of their television series, Sneak Preview to speaking out about their collective disdain for the burgeoning slasher genre and for films that feature women in peril.

I wholeheartedly agree that women shouldn’t be depicted as hapless victims in cinema. But I think the duo failed to recognize the empowering aspects of the final girl transformation that sees the character digging deep and calling on inner strength she may not have realized she possessed.

Horror fans and even many critics agree that Phantasm is an eerie and chilling depiction of the horrors of grief. But Roger Ebert wasn’t quite as enthralled with this early-career effort from famed director, Don Coscarelli. The critic gave the picture 1.5 stars, saying “It’s put together rather curiously out of disjointed scenes, snatches of dialog, and brief strokes of characterization.”

Ebert went on to call Phantasm  “… a labor of love, if not a terrifically skillful one.” The final line of his review simply reads: “We’re so boggled by the moments that do work, like the stainless steel bloodsucker, that we keep waiting for more.”

It’s good to see that the Ebert caught a glimpse of Coscarelli’s promise as a filmmaker. But it’s disappointing that he was so critical of such a display of unbridled creativity.

If you thought Ebert didn’t like Phantasm, just wait until you hear what he had to say in his .5-star review of Hellraiser. Not only did he not appreciate Clive Barker’s vision, the celebrated critic also took a jab at world-famous novelist Stephen King for finding merit in Barker’s feature debut.

Ebert’s review starts out with this quote from Stephen King: “I have seen the future of the horror genre, and his name is Clive Barker.”

Ebert then continues with:

“Now there’s a blurb Stephen King should have written under one of his pen names. He may have seen the future of the horror genre, but he has almost certainly not seen Hellraiser, which is as dreary a piece of goods as has masqueraded as horror in many a long, cold night. This is one of those movies you sit through with mounting dread, as the fear grows inside of you that it will indeed turn out to be feature length.”

The critique concludes by saying: “This is a movie without wit, style, or reason, and the true horror is that actors were made to portray, and technicians to realize, its bankruptcy of imagination. Maybe Stephen King was thinking of a different Clive Barker.”

Hellraiser is so unusual and not quite like anything to come before it. So, to lodge the complaint that it is a “bankruptcy of imagination” seems like a flawed argument from my perspective.

Roger Ebert was not known to appreciate the merits of the slasher genre. And Terror Train was certainly no exception to that trend. The critic awarded the flick one star and said: “Movies like Terror Train, and all of its sordid predecessors and its rip-offs still to come, just don’t care. They’re a series of sensations, strung together on a plot. Any plot will do. Just don’t forget the knife, and the girl, and the blood.”

The Chicago-based critic also took a moment to weigh in on Jamie Lee Curtis’ habit of appearing in horror films circa 1980: “…if she should get a straight role in a conventional movie, she might start screaming and running away from the camera just on reflex.”

While I will concede that Terror Train isn’t fabricated solely from fresh ideas, it absolutely delivers an intriguing mystery with a reveal that many viewers didn’t see coming.

In his ‘thumbs down’ critique of The Hitcher, Roger Ebert said: “What is particularly sick about The Hitcher is that the killer is not given a viewpoint, a grudge, or indeed even a motive.”

The film journalist closed out his critique by saying:

“…on its own terms, this movie is diseased and corrupt. I would have admired it more if it had found the courage to acknowledge the real relationship it was portraying between Howell and Rutger, but no: It prefers to disguise itself as a violent thriller, and on that level it is reprehensible.”

For many moviegoers and even critics, the lack of motivation made the John Ryder character far more sinister. I would argue that a character who’s evil for no given reason is often more terrifying than one with a clearly-established motive.

Ebert’s 1onw-star review of The Brood demonstrates a level of disdain we don’t often see lodged at talent as massive and prolific as David Cronenberg. The critic discounted the picture as “an el sleazo exploitation film, camouflaged by the presence of several well-known stars but guaranteed to nauseate you all the same.”

Ebert also found the flick to be a slog, saying: “The movie, I mentioned, is a bore. That’s because hardly anything of interest happens until the last 15 minutes or so.”

It’s strange to hear the famed critic discount a slow-burn horror film that is rife with subtext by calling it sleazy and boring. But, then again, you simply cannot please everyone.