‘P.T.’ is The Scariest Video Game That Never Was 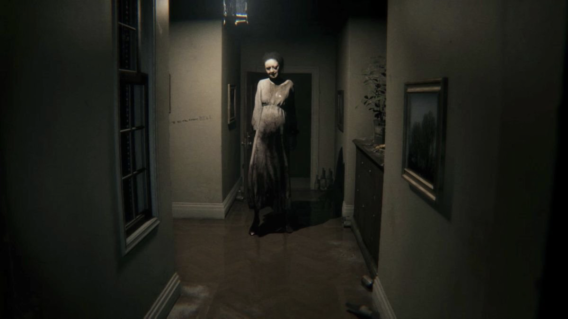 Eight years ago, renowed video game director and designer Hideo Kojima released P.T., or Playable Teaser, through Konami Studios. The project, in collaboration with horror master Guillermo del Toro, took place in a single hallway that you must run through over and over again. With each new loop, new clues appear on the walls, or the phone rings, or you hear a baby crying. You slowly put together that something horrific happened here involving the massacre of an entire family. It’s a masterclass in building terror and delivering jump scares at the perfect moment to make you feel as if your soul has left your body.

At the end of the demo, a trailer revealed that P.T. was actually a teaser for Silent Hills, a brand new entry in the Silent Hill franchise. The Silent Hill franchise is one of the best in horror video game history, tackling harrowing subject matter through abject terror. And P.T. captured that essence perfectly. But, sadly, Silent Hills never saw the light of day. The game was canceled and, in a surprising turn of events, Konami removed it from the PlayStation store. So unless you already had it downloaded on your PlayStation, you’ll never be able to play it again.

It’s downright depressing to think about what we could have had with Silent Hills. But on the game’s eighth birthday, we’re taking a moment to remember just how perfectly terrifying it is.

With P.T., Kojima shows off just how much he understands the concept of liminal space, or a space that feels suspended out of time and space. This one hallway, while full of strange details, is dark and dingy, a place that doesn’t ever seem to see the light of day. Something just isn’t quite right here, even down to the colors of the walls. It’s just a hallway, yes, but the way Kojima manipulates that space makes simply turning a corner into the hardest thing you’ve ever done in your life. Each loop unleashes different versions of hell where a blood-filled fridge dangles over you and photos turn demonic. The domestic space is made positively monstrous.

The Devil’s In the Details

As I’ve mentioned, each loop brings new details to the game. If you don’t look carefully, you could miss something and be stuck running in the same loop forever. You have to scrutinize everything you see, from family photos to small trinkets on tabletops, to decipher the next step in your trip into hell. Kojima doesn’t want you to just passively engage with P.T. He wants you to really pay attention and immerse yourself in this world. And when you’re so focused on the details, you aren’t always ready for the next massive jumpscare lurking just around the corner.

Now P.T. isn’t just scary. It’s hard. I mean really hard. Kojima wasn’t messing around when creating this game. He expected it to take at least a week for anyone to finish the game. Much to his surprise, the first player reached the end credits in a few hours. But that’s not to say the game isn’t hard. Clues are expertly hidden and, as I’ll discuss later, they aren’t always solved in the traditional ways expected in a video game. It’s not just scary, it’s challenging, and that makes it even scarier. That ramped up the tension even higher as you struggle to find your way out.

Monstrosities Around Every Corner

Like any good Silent Hill game, P.T. has some stellar monsters. The most terrifying, to me, is the shrieking bloody fetus laying in the bathroom sink. It’s stomach-churning and deeply upsetting as its guttural screams echo throughout the halls. It’s grotesque and you want it to stop. Then, of course, there’s our dead pregnant woman who loves to scare you when you least expect it. While the monsters appear very human, they can’t wait to feast on you. And let us not forget the strange talking paper bag that gurgles at you about reality. It’s all so deeply unsettling, making P.T. feel even more uncanny.

It’s not just the visual details that steep P.T. in horror. It’s its horrifying soundscape as chandeliers creak and shrill phone rings punctuate the silence. A sinister chattering radio host fills in the horrific blanks about what happened here. And his speech changes depending on the loop. But more than that, you have to use your voice to unlock puzzles, too. Sound is used to both terrify and engage you with the gameplay in ways you wouldn’t expect. Kojima expanded what it means to interact with a game and the new ways to solve traditional game puzzles.

With the amount of support shown for P.T. and the enduring love of the Silent Hill franchise, we’ll get more games in the future. But for now, all we can do is watch YouTube videos of past playthroughs and wish for it to return to consoles someday. Oh, and you can listen to this episode of the Development Hell podcast about the project, too: