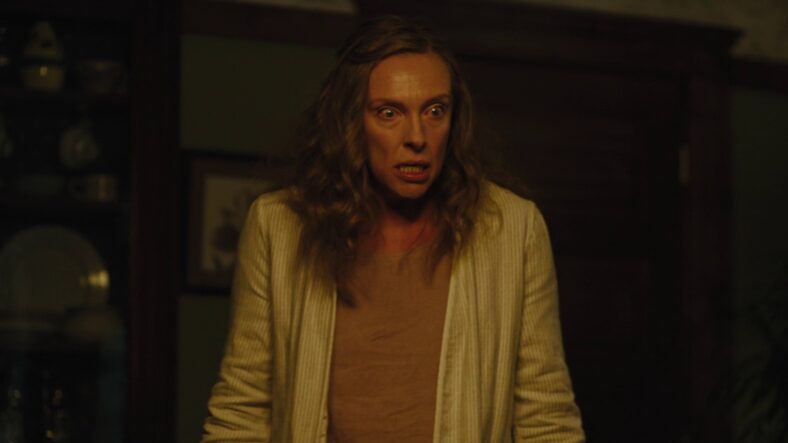 As in any other genre, horror is often at its best when it becomes an exploration of the human condition. Beyond cheap thrills, there are times when horror has the capacity to truly move us, to open up emotional vistas that evoke sympathy or even grief from us for humanity’s deeply flawed existence. In this list, we’ve picked five of the best such films. Because of the nature of the list, it’s hard to get into each movie without divulging some crucial plot points, so consider this a warning for HEAVY spoilers. If you haven’t seen a particular movie mentioned here, do yourself a favor and go and watch it before reading on.

Don Coscarelli’s cult classic has everything you’d want in a B-horror film; over-the-top violence, car chases, and an iconic central antagonist. Yet for all its unabashed schlock, it’s hard to shake the film’s ponderous sense of melancholy. Mike’s battle against the menacing Tall Man may be exactly what it says on the tin. But there’s something poignant about it, too; a timeless battle of youth versus age, of a child fighting against a source and symbol of grief, inevitability, and death. Indeed, a number of fan theories maintain that the film is true to its name; that most of what we see is just a delusion or phantasm created by Mike’s mind to cope with the loss of his family.

Even if you don’t buy into that interpretation, Phantasm still carries a strangely apocryphal feeling to it. The town it takes place in could be any place and no place; a Namelessville, USA that feels virtually deserted, its sole recurring feature a lonely graveyard and a surreal mortuary with the décor of something from Twin Peaks. Fight against it all you want, the film seems to say. But one day you’ll find yourself at your own Morningside, where a Tall Man will be waiting for you too.

Or rather, the first two-thirds of Hereditary at any rate. Written and directed by Ari Aster, this story of one family’s descent into calamity could have very well been one of the most harrowing films of all time, in ways that gore fests like Hostel could only dream of. Sadly, although Hereditary is still mostly a solid flick, the eventual direction it takes ends up undermining a lot of the potential it had. Still, those first two-thirds…

Before Hereditary gets all occult and becomes yet another possession movie, it delivers some of the uncomfortable viewing ever seen from a film. Where it hits home is its depiction of unexpected death and the grief that it causes (Good God, that dinner scene). It’s messy, unflinching, and raw. The film strips away the banal platitudes that we tell ourselves about mortality to show it for the horrific brute fact that it is. Toni Collette’s performance in particular steals the show, although props also have to be given to the clever bait-and-switch marketing, which left original audiences unprepared for the death that was to come early on in the film.

Directed by Lucky McKee, this early 00s horror film starring Angela Bettis is an underrated gem that just never seems to get the recognition it deserves. In it, Bettis plays May Canady, a shy, twenty-something veterinary assistant with a lazy eye and few friends to her name. Picked on as a child due to her affliction, the film follows her increasingly desperate attempts to make meaningful connections with people as an adult. This is a horror film, though, and with the tagline ‘if you can’t find a friend, make one’, you can probably guess from the start how well these efforts are going to pan out.

Although billed as a psychological horror film, May is arguably more of a character study explored within the tropes of a horror film. The film’s beating heart is its tight script and Bettis’ performance, which together paint an achingly convincing portrait of a desperately lonely woman with virtually no self-confidence. In the end, the blood-soaked denouement that we all know is coming leaves the viewer less with a sense of catharsis than a wish that there’d been someone—anyone—in May’s life to give her the companionship she so clearly needed.

This J-horror film directed by Hideo Nakata follows Hitomi Kuroki as Yoshimi Matsubara, a woman in the middle of divorce mediation. Moving with her young daughter to a rundown apartment block, the pair starts to experience a bizarre series of supernatural occurrences. Based on a short story by The Ring creator Koji Suzuki, this film may not be as famous as the tale of the well-dwelling Sadako, but it more than makes up for it with its emotional impact.

Dark Water has plenty of memorable moments, some downright terrifying, others fiendishly revulsion-inducing (trust us, you’ll never look at tap water in the same way again). But what separates Dark Water from so many other horror films is the effort it puts into making the audience care about its central characters. It’s not afraid to spend time focusing on the struggles of day-to-day life and motherhood, making Yoshimi’s efforts to fathom and protect her child from otherworldly forces seem that much more heroic. Few horror films before or since have managed to tackle themes of parenthood with as much maturity and sympathy.

Famous for its shudder-headed demons and its influence on the Silent Hill videogames, Jacob’s Ladder is a true masterpiece of horror. A nightmare of paranoia and suspense, director Adrian Lyne’s unique vision manages to be at once a psychological thriller, an anti-war film, and a moving character-driven film about life and death. Tim Robbins plays Jacob Singer, a Vietnam veteran who works as a postman and lives with his girlfriend Jesse (Elizabeth Peña). But things are going wrong for Jacob; he’s tormented by flashbacks, people seem to be following him, and he keeps catching glimpses of bizarre and horrific demons. Is what’s happening to him real? Or is it all a hallucination?

Only moderately successful upon release, Jacob’s Ladder has gone on to become a cult classic amongst horror fans. With its strong metaphysical underpinnings, the film draws heavily from works of religion and philosophy, including the Tibetan Book of the Dead and the mysticism of German theologian Meister Eckhart. But for all this, at its center, this is a deeply personal story about an ordinary man’s struggle with his own mortality. Capable of hitting notes of bittersweet sadness amidst the terror, the end of the film is sure to leave audiences emotionally drained.