The Top Ten Most Disturbing Films of All Time, According to Mary Beth McAndrews [Video]

How many have you seen? 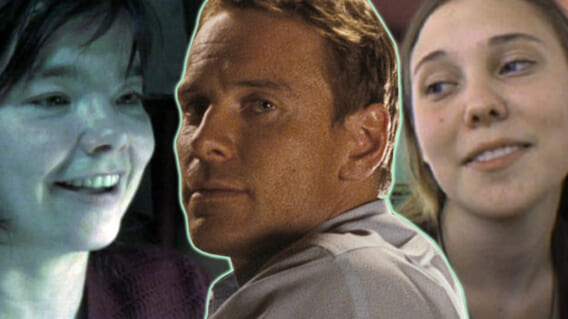 Hello everyone, my name is Mary Beth McAndrews and I love extreme horror. Like many of us, I spent my teenage years trolling the internet for the weirdest movies I could find. And I’ve seen some shit, to put it plainly. There are the staples, like Hostel, Saw, and the majority of the New French Extremity. Then there are the weirder ones, like Human Centipede, Antichrist, and more. At some point, it all blurs together into one weird, disturbing film that’s shocking, not affecting. But, there are a few films that have sunk their claws into my squishy brain and refuse to leave no matter how much media I consume.

These films aren’t all necessarily extreme horror, but they certainly delve into the extreme nature of humanity and the depravities we’re all capable of. So, without further adieu, here are the ten most disturbing I have personally ever experienced.

Home invasion films are disturbing, full stop. The idea of just regular people breaking into your house with the intent to do you harm is one of my worst fears. But Kidnapped is by far the most disturbing I’ve ever seen. The 2010 Spanish film is shot almost entirely in one take as a family who has just moved into their new house, only to be the target of a violent assault from a group of masked men. While the husband is forced to drive one of the men to withdraw money, the women are tortured and raped at home. Every second of this film is agonizing, yet everything is just so well put together. It’s an excruciating watch, but the artistry on display is incredible.

Dancer In the Dark

This Lars Von Trier movie isn’t technically horror, but it should be. Bjork plays an immigrant who’s losing her eyesight. She works at a factory to earn what she can to support herself and her son. But, when she’s taken advantage of by her landlord, her life spirals into horrific chaos. It’s an emotional nightmare as we watch this poor woman just get beaten down over and over again. The ending in particular is an exhausting scream of defeat, one that makes you need a cold shower and a hug.

You’re going to find quite a few found footage movies on this list because, to me, that’s the most disturbing subgenre. Megan Is Missing proves that point, also serving as a horrific cautionary tale about the dangers of the internet. Amy is best friends with Megan, a party girl despite her young age. Megan meets a boy online and starts video chatting with him. Except he doesn’t turn on his video. When Megan goes missing, Amy tries to look for her friend. The last half of the film contains some of the most horrific imagery I’ve seen in a horror movie, especially as it’s all happening to teenage girls.

I’ll admit it, I really like The Poughkeepsie Tapes. But that doesn’t mean it’s not deeply upsetting. John Erick Dowdle’s 2007 pseudo-documentary film contains the footage from a prolific serial killer that he left the FBI to find. Talking head interviews frame the killer’s horrific footage of how he stalked and killed his victims. He kills kids, he tortures women, and he performs depravity for the camera. The most disturbing thing about the film is how in control the killer is of our gaze. He is showing us exactly what he wants us to see; even with just a series of tapes, he can manipulate an audience.

Madeline Sims-Fewer and Dustin Mancelli’s rape-revenge film Violation is one of the best examples of the subgenre I’ve ever seen, which is why it earns a place on this list. The film features a seemingly unending dismemberment scene, forcing us to reckon with the reality of revenge. Violation also captures the disorienting experience of PTSD and the dissociation from time and space that accompanies it.

Michael Fassbender and Kelly Reilly get absolutely destroyed in this 2008 horror film. They play a couple who go away for a camping trip but run into the local youth. Unfortunately, these kids have a violent streak and the couple becomes their target. What ensues is a grotesque game of cat and mouse that pushes the boundaries of violence in horror.

Be My Cat: A Film For Ann

Adrian Tofei wrote, directed, edited, shot, and starred in this deeply unsettling found footage film. Tofei plays an aspiring Romanian filmmaker obsessed with Anne Hathaway, particularly when she played Cat Woman in The Dark Night Rises. He documents the reasons why she should be in his next film through escalating violence. The whole experience feels like a snuff film and is incredibly uncomfortable to watch. It’s a nightmare.

This is the rare film that I truly will never watch again. The Treatment is a 2014 Belgian film about a cop with a dark past and a disturbing new case. It sounds like your typical detective movie. But the crimes at hand are stomach-churning. This disturbing film pulls no punches and eschews any idea of taboo.

Another found footage choice, this one is disturbing not because it’s scary, but because it’s so deeply sad. This is a film documenting the slow decay of a family in the face of financial struggles. A young girl inadvertently films her father’s breakdown and his violent solution to their problems. Exhibit A sits like a rock in your soul as the credits appear.

Eat Me takes place over one horrible night between a woman and a violent home invader who repeatedly assaults her. It’s like the worst stageplay you’ve ever seen in terms of watching the extremity of emotions on display.