Could Billy's dad make an appearance in the next 'Scream' film? 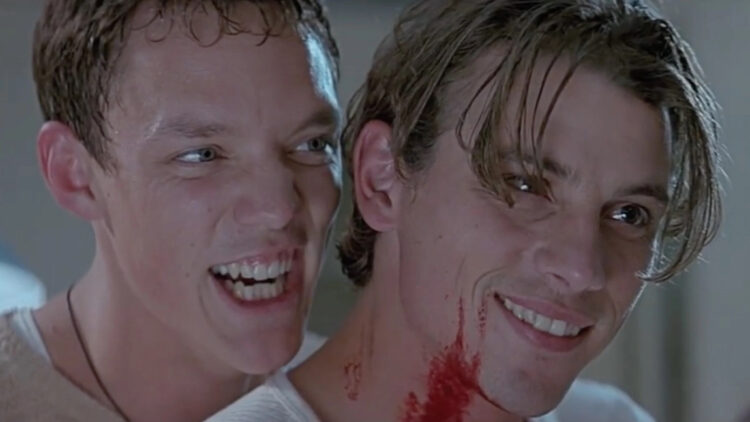 Sidney Prescott may be the face of the Scream franchise. But Maureen Prescott has always been at the heart of its tragic lore. Diehard Scream fans know Maureen’s story oh so well—at least, its thinly veiled surface. We’ve heard the Woodsboro rumors. According to Billy Loomis, the “slutbag whore” and “wannabe Sharon Stone” had an affair with his father, Hank Loomis. This inspired him to kill for revenge—and laid the foundation for decades of bloodbaths.

Scream 2’s Mrs. Loomis believes that if it wasn’t for Maureen “stealing her husband” then she never would have turned into a “knife-happy” killer. When Roman reveals he’s Scream 3’s killer, he confesses that Maureen’s abandonment of him to live a new life—away from her traumatic time in L.A. living as aspiring actor Rina Reynolds—fueled his desire to slaughter her. In Scream 4, Maureen’s sister Kate Roberts compared her emotional scars of being a Prescott to the brutal stabs inflicted on Maureen and Sidney. This showcases the same pang of strange jealousy that will inspire her daughter, Jill Roberts, to don the Ghostface mask.

Throughout the five Scream films, audiences have never seen Maureen on screen. Instead, fans receive a second-hand, whispy, and catty take on the life of a woman we’ve never heard speak or speak for herself. Sure, there are photographs of her. There was that one trauma-fueled vision of her walking corpse in Sid’s mind. Roman made a voyeuristic home video of Maureen allegedly having affairs with Cotton and Hank. Otherwise, all we have left to shape Maureen Prescott are the accusations, projection, and rage that Ghostface attaches to her. 1996’s Scream begins one year after Maureen’s devastating death. But in 26 years of Scream history, we’ve yet to receive any concrete details of who she was. We never even hear Sid profess one non-murder-related fact or character-led detail about her mother like if she was the type who buys wind-chimes or hates greeting cards.

When Scream 5 was announced, fans were curious if this film would finally be the time for Maureen’s story to rightfully take center stage. Maybe Sid would share a memory that’d reshape how we think of her and her mother. Unfortunately, the requel takes the passing the torch approach. Instead, it unveils that one of its new final girls, Sam Carpenter, is the daughter of Billy Loomis. We watch Sam process the pain of knowing her father is a murderer and what that means for her future. Sidney’s not surprised at the reveal as there was Woodsboro talk that Billy had a secret daughter. However, there’s one character who could have shown up and added a connective layer to the film series’ prior murders while keeping Maureen’s memory alive: Hank Loomis.

While each film deals a devastating blow to Maureen’s memory, Scream 3 is the harshest; it’s also the only film that gets the closest to telling her origin story. Through Dewey and Gale’s investigation into Maureen’s secretive time in L.A., we learn that she was a working actor for Sunrise Studios in the 70s. During her time there, she was raped by John Milton, the studio executive, who gaslit her and didn’t support her claims of sexual abuse. He handwaved it as a different era of “casting”. Milton implies that Maureen knew how jobs were got. It’s a defense that audiences would hear real-life producer and convicted sexual predator Harvey Weinstein (who produced the first four Scream films) eerily echo years later. Fun fact: Hank Loomis represented Sunrise Studios’ Legal department. That means he’d be fully aware of any sexual abuse claims and have the power to hide them.

The truth is: We don’t know why Maureen would have an affair with someone tied to the same studio that abused her—and later profited off her death in Stab 1 and Stab 2. All we know is what we hear second-hand from Roman, which is that Maureen moved back to Woodsboro and declared Rina Reynolds, and that time in her life, dead. It’s a huge gap in Maureen’s backstory which raises plenty of questions. In this light, it’s worth wondering if Hank and she ever did have an affair. Perhaps their secret meetings had nothing to do with sex and were tied to something much darker—like studio hush money for predatory behavior.

Maureen cannot tell us, but Hank Loomis certainly could. Although he’s only ever appeared once on-screen in Scream to get his son out of jail, there’s never been confirmation of his death. Somewhere, he’s hiding from his accountability. Whether or not the affair was true, plenty of time passes between Scream 1 and Scream 2. We never see him step up or be held to the same bloody punishment that his wife Debbie unleashes onto the Windsor College campus.

Based on how Scream 5 ends, it seems likely that Sam is about to do some serious soul-searching. At this point, Hank would be in his elder years. But he could still prove to be a valuable asset to Sam’s understanding of why her grandfather spent so much time with Maureen in L.A. and Woodsboro. Was it guilt? Was it lust? Did Maureen’s decision to leave Roman in L.A. come from a John Milton request that Hank orchestrated? After seeing both his wife and son succumb to murderous behavior, how has this made Hank rethink how he handled Maureen and her history?

If given the opportunity to make some kind of amends, Scream 6 could show us some aspects of Maureen’s life through Hank’s eyes that aren’t tied to her trauma or her sex life. Seeing how the Radio Silence team approached class inequity in Ready or Not proved that the filmmaking team is well equipped to explore difficult conversations like this one with plenty of blood, humor, and scathing wit.

In the Scream mythos, Maureen isn’t human. She’s a mirror reflecting back all the ugliness of those condemning her. Billy Loomis, Stu Macher, Debbie Loomis, Mickey Altieri, Roman Bridger, Jill Roberts, Charlie Walker, Amber Freeman, and Richie Kirsch wear her reputation like a convenient second skin to excuse their crimes. But Maureen never asked to be a scapegoat. She’s never asked for anything at all. In a supposedly post-#MeToo era, isn’t it time for Maureen Prescott to have a voice? Isn’t it the least Hank Loomis could do?