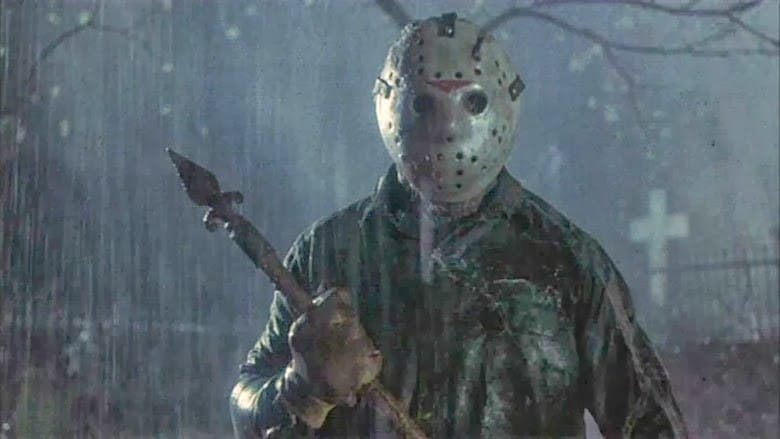 The first four entries in the long-running Friday the 13th series all amount to the same thing, give or take. A group of horny, impetuous young adults arrive at Camp Crystal Lake (or an adjacent camp, or a cabin along the camp, or a rental somewhere nearby in the woods) and find themselves at the mercy of a crazed killer. In the first entry, of course, that crazed slasher is none other than Pamela Voorhees (Betsy Palmer) seeking revenge for her son who drowned at the camp years before. She is beheaded (gloriously) by counselor Alice (Adrienne King). But by Part 2, Jason himself is back, bigger and stronger than ever. Now he’s seeking revenge on account of his mother’s death. An eye for an eye leaving the world blind and all that. They’re formulaic to a fault, with the first four—the original quartet—replicating the same gory beats ad infinitum, at times inspiring more boredom than thrills. Jason rises, Jason is stopped, though eventually, Jason lives.

Also Read: ‘The Curse of Michael Myers’, ‘Jason Lives’, and The Art of Reinvigorating An Iconic Slasher

Jason was ostensibly (and, well, actually) killed at the conclusion of the not-so-final chapter (Part 4). Friday the 13th: A New Beginning brought back Final Chapter protagonist Tommy Jarvis (John Shepherd). He’s now curiously buff and capable of considerable hand-to-hand combat skills. He also had a stint in a halfway house due to Tommy endured severe “I murdered Jason Voorhees” trauma. It’s arguably the weakest entry in the series, even if the final twist is inspired and final girl Pam makes for a noteworthy serial killer foil. As slasher series are wont to do, though, A New Beginning still backed the franchise into a corner. There was no choice ala Halloween 4: The Return Of Michael Myers but to bring the previously-dead killer back for one more rampage. Meet Friday the 13th Part VI: Jason Lives, the best entry in the entire series, tied with Part 2.

Jason Lives is perhaps best known for being an early Scream antecedent. Writer/director Tom McLoughlin is endearingly self-aware of both the horror genre writ large and the Friday franchise itself. He leans into the insanity of it all. McLoughlin stacks his cast and kills with a meta-awareness of slasher formula and dollops of horror incredulity. Characters are dumbfounded by the sight of Jason in the woods. They remark that only an idiot would drive farther in to confront him. Nameless victims are quick to run, wanting absolutely nothing to do with whatever Jason himself has going on. Even campers at Forest Green (a renamed Crystal Lake) remark that they’re dead meat (of note, Jason Lives is the only entry in the series to show an operational camp). Their horny, drunk counselors aren’t even capable of keeping themselves alive, let alone cabins full of children.

It’s funny, inspired stuff, even if the regressions into franchise formula detract; a protracted beat with a drunk cemetery caretaker feels like a misguided holdover from earlier entries. McLoughlin revitalizes convention in nuanced, though no less noteworthy ways. For starters, the acting overall is strong. Slasher movies don’t often demand awards-caliber performances. But even the persons whose credits might as well read “Dead Teen 3” imbue their roles with enough natural depth to work.

Additionally, McLoughlin makes the best use of diegetic sound in the franchise. Too often, Harry Manfredini’s (admittedly classic) soundtrack overwhelms, punctuating jarring transitions from stalk to slash scenes. A New Beginning’s Violet (Tiffany Helm) is killed while dancing to “His Eyes” by Psuedo Echo. But as soon as Jason grabs her, the diegetic sound is replaced by a blaring soundtrack. This is contrasted with Nicola’s (Darcy DeMoss) RV bathroom death in Jason Lives, scored not to a horror soundtrack, but diegetic music from the radio. There’s horror artistry to McLoughlin’s approach to the genre-mandated slaughter and it considerably elevates Jason Lives’ more familiar beats.

Better still, Friday the 13th Part VI: Jason Lives has arguably the best climax in the franchise. Again, it might sound small, but there’s a scale here the franchise would never see again. In lieu of a lone final girl running from, stunning, and eventually killing Jason, McLoughlin permits three disparate threads to play out in real-time as Jason converges on Camp Forest Green. You have joint-protagonists Tommy Jarvis and Megan Garris (Thom Matthews and Jennifer Cooke respectively) gathering supplies to return Jason to his original resting place. Then there are sundry counselors being slaughtered. Lastly, there’s Sheriff Garris (David Kagen) and his deputies tracking Jason down.

It all combines into a tempest of flames and violence at Camp Forest Green. This results in a finale that, for all intents and purposes, feels like the franchise’s first true finale. There are no ellipses or sputtering thrills. The momentum and scale of Tommy’s fight against Jason feel genuine; it’s the product of not just two previous movies, but the franchise overall. It was Halloween Ends before Halloween Ends.

As expected, Friday the 13th Part VI: Jason Lives leaves the door open for a sequel. From there on, the franchise goes wildly, ludicrously off the rails. There’s still fun to be had. But in the forthcoming years, Jason fights with a Carrie White mimic, travels to Vancouver (erm, New York, sorry), and becomes a weird hellbaby, a kind of parasitic worm capable of possessing other people.

Then, of course, he travels to space. He is then later resurrected to square off against Freddy Krueger and a few early aughts homophobes. It’s all a far cry from “masked maniac murders camp counselors”. For me, Jason Lives is the definitive end to the franchise. I still regularly watch the latter entries, but it all culminates so exquisitely in this sixth part, it’s all too easy for me to pretend this is really the end. As far as both Friday the 13th movies and sixth entries go, Friday the 13th Part VI: Jason Lives might very well be the best.