Which ones have you seen? 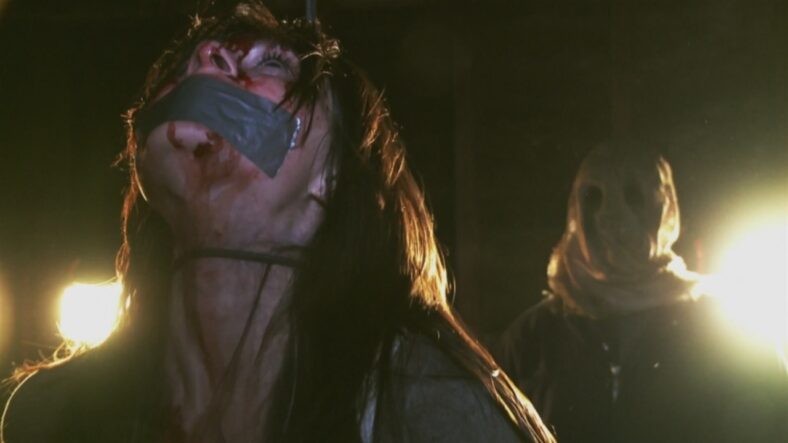 Like any normal person in their late 20s, I like to troll Tubi and Amazon Prime for found footage gems that have five reviews on Letterboxd. This is how I spend my weekends and truly, it’s divine. In my quest, I’ve seen some good and some bad, but overall I’ve been so surprised about what I’ve stumbled upon. Many of these films are impressive, creative, and speak to the power of indie horror filmmaking. And that’s why I love found footage. Sure, it can be rough around the edges but that doesn’t take away from the gut punches they pull in their third acts.

This is why we’re starting Found Footage Fridays, where myself and other diehards can wax poetic about our favorites and hopefully bring some lesser-known titles into your orbit. To start it off, I wanted to share some of my all-time favorite found footage films that you may have never heard of. Most of these are readily available to stream, so you have no excuse not to check them out!

After watching Webcast, I discovered the beauty of found footage folk horror. The film follows Chloe Webber (Samantha Redford), a college student making a documentary about her aunt who disappeared years ago. She wants to try and solve her aunt’s disappearance with the help of her friend Ed (Joseph Tremain). But when a young woman bursts out of her neighbors’ house screaming for help, the documentary takes quite a different turn. Things only go downhill from there and Chloe finds herself in the middle of an ancient ritual. Props to director Paul McGhie for making one of the weirdest cults I’ve seen on screen, complete with incredibly off-putting flower headdresses.

Webcast is available to rent on Amazon.

Keeping on trend with found footage folk horror, we have Crone Wood, which takes a very different direction than Webcast. Danny (Ed Murphy) and Hailey (Elva Trill) are on a first date that evolves into a camping trip. They decide to go to Crone Wood, a rumored haunted location that’s the stuff of urban legend. While there, strange things start to happen around them and a more sinister, and witchy, plot is revealed. This film is particularly incredible in how it subverts the concept of the male gaze and women as sexual objects, especially when taking the first-person perspective into account.

Crone Wood is streaming on Tubi.

Did you know Bryan Bertino, director of The Strangers and The Dark and The Wicked, also made a found footage movie? He sure did! In 2013, he made Mockingbird which follows three groups of people who receive a mysterious package on their doorsteps. It contains a video camera and a warning that says don’t stop filming or someone will die. It escalates into a nightmarish game of cat-and-mouse that had me yelling at my computer. Bertino is a master of nihilism, so if you love his other films, Mockingbird is a must-watch.

Mockingbird is available to rent on Amazon.

As someone with OCD, it’s hard to find accurate representations of the disorder on screen. It’s often used as a joke when in reality, it’s anything but funny. Then, I saw Leaving DC. This is truly one guy with a video camera, a house in the woods, and an idea. Director Josh Criss plays Mark Klein who recently bought a house in West Virginia to escape from the city life of Washington, DC. He still keeps a vlog for his OCD support group to keep him grounded during his transition. But he starts hearing strange things around his house at night. While it’s a common found footage premise, Criss incorporates some terrifying sound design and use of night vision to give Leaving DC a bit of unique flair. Plus, it portrays OCD as a frustrating disorder, but it isn’t the center of the narrative.

Leaving DC is available to rent on Amazon.

If you like The Strangers, then check out The Rohl Farms Haunting. Luke Rohl, playing himself, is the subject of his friend Cordero’s (director Cordero Roman) documentary. The two of them are documenting Luke’s life running his family’s farm and his paranormal experiences. Then, they start capturing those experiences on camera. But are they actually paranormal?

The Rohl Farms Haunting is streaming on Tubi.

Koji Shiraishi is a modern Japanese horror master responsible for the incredible found footage classic Noroi. But he’s also directed a slew of other found footage movies, including Occult, a wild cosmic horror ride with one weird ending. What starts as an investigation into a series of murders turns into a twisted journey about other horrifying forces at work. Shiraishi plays himself in his pseudo-documentary which makes this film even more meta. It’s so bizarre and that’s why it’s so good!

Before there was Unfriended there was the downright upsetting film The Den. Melanie Papalia plays Elizabeth, a Ph.D. student studying how people use a randomized video chat room similar to Omegle. Then, she witnesses a horrific murder and she’s sucked into a violent side of the internet. This is all told through video chats and emails, so it’s one of the first second-screen horror films out there. It taps into the terror of our digital age and what awaits us just through a wi-fi connection.

The Den is available to rent on Amazon.

Sometimes when you go on a vacation with your best friend, one of you turns into a vampire. Such is the case in the 2013 found footage film Afflicted. There is a surprising lack of vampires in the subgenre, which is why Afflicted is so exciting. Plus it’s a great interpretation of the creature.

Afflicted is streaming on Prime Video.

This South Korean found footage horror has gained a lot of traction in the horror community but I’ll continue to sing its praises. This twist on the haunted location investigated by YouTubers concept is downright terrifying. This group of influencers wants to hit one million views. So they head to the (actually) haunted Gonjiam Asylum with three random participants to see what they can capture on camera. One scene in particular ruined my night in the best way possible. If you want scary found footage, this is the one to watch.

In A Stranger’s House

Armed with a camera and some incredible camera tricks, Richard Waters’ In A Stranger’s House is a tense and chilling nightmare for any housesitter. Waters plays himself as he vlogs during his time housesitting for a weekend. It’s a typical house complete with some cute dogs and a collection of creepy dolls. Then the dolls start to move.

In A Stranger’s House is streaming on Tubi.

Savageland is subtly horrifying with the scares coming from a series of photos rather than any footage. The film starts as a documentary about the massacre of a small border town in Arizona. The lone survivor is an undocumented immigrant who is declared the main suspect. But the documentary aims to declare his innocence. It’s a biting commentary about immigration politics in the US, as well as a terrifying film about something with the ability to obliterate an entire town in a single night.

Savageland is streaming on Tubi.

If you want to get your heart ripped from your chest, then it’s time to watch Exhibit A. This isn’t the typical scary found footage movie about the supernatural or a serial killer. Instead, it’s about the decay of a suburban family in the face of a financial crisis. It feels way too real which is a testament to how well it’s made. Just get ready to be very sad afterward.

Exhibit A is available to rent on Amazon.