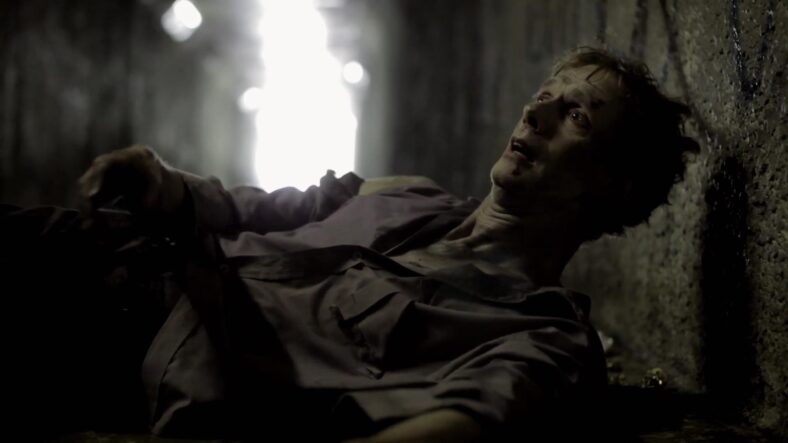 On this installment of The Overlook Motel, I will be taking a look back at Absentia, an early effort from juggernaut director Mike Flanagan. While it’s the film that put Flanagan on the map, Absentia rarely seems to come up in conversations about the director’s prolific filmography. Yes, the flick’s budgetary limitations are noticeable and it’s not Flanagan’s most polished effort. However, it’s quite easy to see why Hollywood started to take an interest in the director after realizing he could helm an atmospheric chiller for an estimated budget south of $100K.

The film begins with Tricia (Courtney Bell) preparing for the next chapter of her life after making the decision to have her missing husband declared dead in absentia. In the process of moving forward with her life, Tricia begins to piece together the details surrounding her husband’s sudden disappearance but comes up with far more questions than answers.

Related Post: ‘Zombeavers’ is So Much Better Than it Sounds [The Overlook Motel]

Flanagan didn’t have a lot to work with when he made this film but he shrewdly utilizes preexisting scenery, as opposed to investing in costly set pieces. And rather than splurging on flashy effects, Flanagan relies on editing, camerawork, and storytelling to captivate his audience. And captivate he does. The director makes use of light and darkness in innovative and unnerving ways that kept me on edge throughout. Additionally, Flanagan gets the most out of the tunnel setting that plays a recurring role in Absentia. He frames those shots in such a way as to keep the viewer disoriented and off balance, putting them in the perfect state of mind for the next big scare.

Flanagan’s screenplay is full of unexpected twists and turns. Upon watching it for the first time, I was sure I had the major plot points figured out. But I was wrong more often than not. The narrative frequently subverts expectations, eschewing obvious choices in favor of the unexpected. Certain pieces of the story gave me Twilight Zone vibes.To say more than that might spoil some of the surprises in store for potential viewers. So, I will leave it at that and let you draw your own conclusions regarding the director’s possible influences.

See Also: ‘Someone’s Watching Me!’ is an Unsung Classic [The Overlook Motel]

Yet another reason Absentia is so effective stems from the way that Flanagan doesn’t reveal much about the malevolent entity at the center of the storyline until well over halfway through the film. And even then, most of what we know is from word of mouth, rather than anything we can really see. The director slowly offers the audience small amounts of information, piece by piece, only sharing what is absolutely necessary. And that approach works quite effectively to keep the audience invested and in a constant state of suspense.

If you haven’t yet had the occasion to check out Absentia, it is available to stream on Tubi as of the publication of this post. If you opt to check it out, don’t forget to let us know your thoughts on Facebook, Twitter, or Instagram.